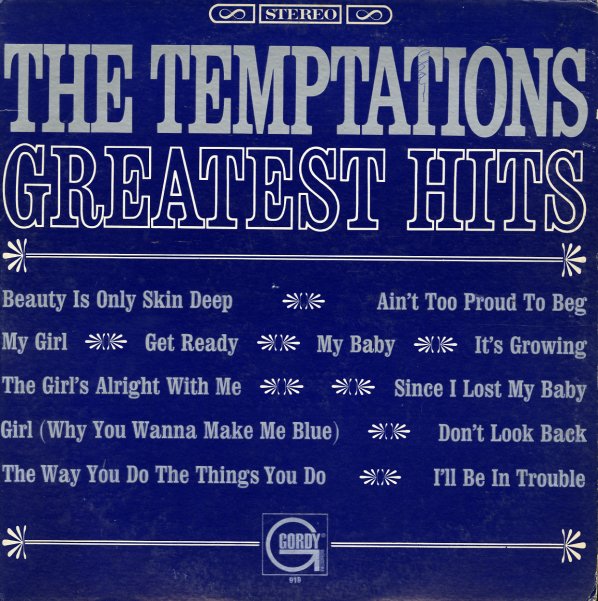 The first volume of greatest hits that Motown compiled from the Temps classic 60s recordings – and a batch of pre-1966 numbers that shows the best early side of the group. There's less of the heavier soul sound of later years – but the group's harmonies are very sweet, and in fine form throughout. Bill Cosby wrote some very strange liner notes – and tracks include "It's Growing", "I'll Be In Trouble", "The Way You Do The Things You Do", "My Girl", "Ain't Too Proud To Beg", "Get Ready", and "The Girl's Alright With Me".  © 1996-2021, Dusty Groove, Inc.
(Out of print.)

Temptations Sing Smokey
Gordy, 1965. Used
CD...$6.99
The Temptations sing the work of Smokey Robinson – and they've even got Smokey along to help them out on production! Given the high Robinson quotient on the set – both on production and songwriting – you'd almost expect this one to be a copycat of The Miracles' music at the time. ... CD