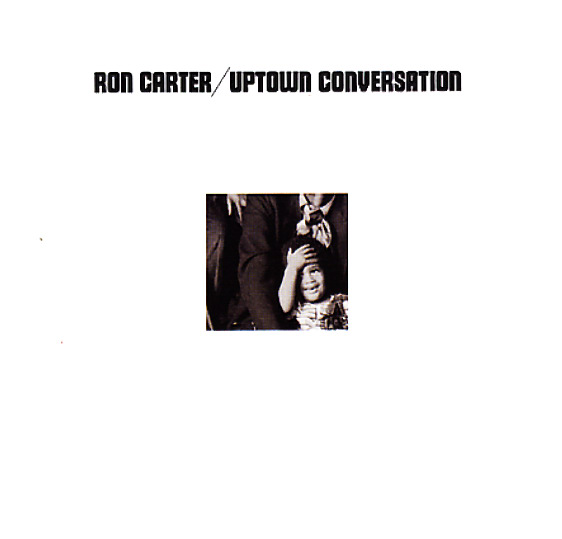 A beautiful album by Ron Carter – and quite rare, too! The record features a group that's got a nice 70s modal soul jazz sound – with players that include Herbie Hancock on acoustic and electric piano, Hubert Laws on flute, Sam Brown on guitar, and both Billy Cobham and Grady Tate on drums – all working in sweet small group mode alongside Carter's excellent work on acoustic and Fender bass. The sound is sometimes spacey, sometimes groovy – and marks a key chapter in Carter's career, one that has him stepping out of the background into a great role as a leader – setting the stage for many more albums to come in the 70s! Titles include the very funky "Uptown Conversation", plus the tracks "Half A Row", "Doom", and "Einbahnstrasse". Very soulful, with a stone mellow moody groove!  © 1996-2021, Dusty Groove, Inc.
(White label promo, in the die-cut gatefold cover, with a promo sticker, owner stickers, light staining, and general wear.)