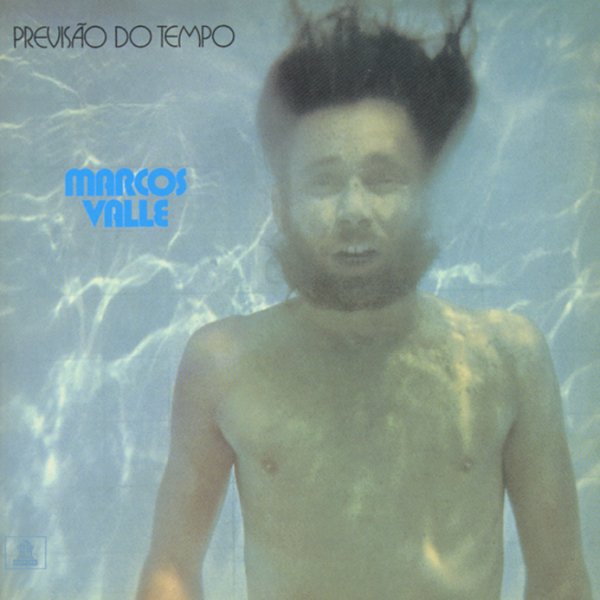 An insanely wonderful album that will always remain one of the all-time favorites of the Dusty Groove staff! This beautiful batch of tracks by Brazilian singer/songwriter Marcos Valle has him pushing waaaay past his bossa work of the 60s – into a cool 70s mix of electronics and sexy scoring, for a sound that's a mix of Brazilian rhythms with other styles that evoke Italian soundtracks and French pop backing. That description hardly does the record justice, though, because the whole thing's wonderful – and it's got a feeling that's unlike anything else we've ever stocked – every bit as warmly watery as the image of Marcos in a swimming pool on the cover. It's no wonder that the album was one of Valle's last great recordings – because with tracks as good as "Mentira", "Mais Do Que Valsa", "Nao Tem Nada Nao", "Samba Fatal", and "Tiu-Ba-La-Quieba", it's hard to top yourself!  © 1996-2021, Dusty Groove, Inc.

Hoje E O Primeiro Dia Do Resto Da Sua Vida (180 gram pressing)
Polydor/Polysom (Brazil), 1972. New Copy Gatefold (reissue)
LP...$32.99 39.99
A tripped-out batch of hard jamming tracks from ex-Mutante Rita Lee – recorded with assistance from all the members of the group at the time, but in a mode that's quite different overall! Lee is clearly the star of the show here – singing all lyrics with a much fiercer vocal approach ... LP, Vinyl record album