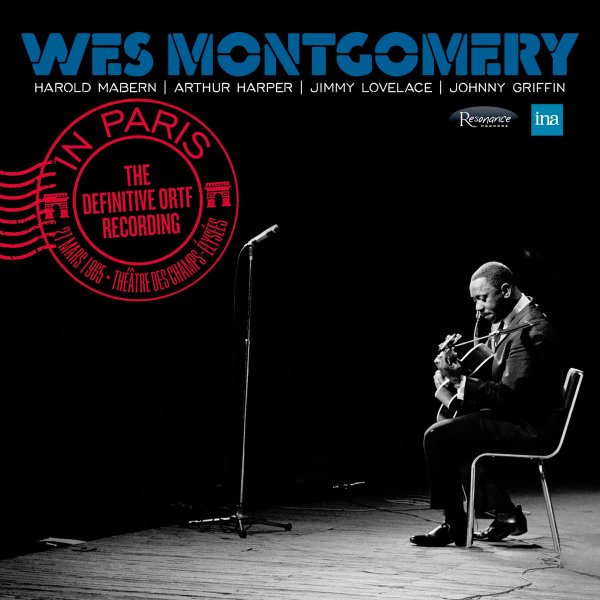 Beautifully-recorded material by the great Wes Montgomery – some fairly open-ended tracks recorded for French radio in the 60s – with guest work from tenorist Johnny Griffin on a number of tunes! The core group here is great enough on its own – as Wes' guitar is backed by superb piano from Harold Mabern – who's really opening his flow at this time in his career, and makes for some really imaginative collaboration here with Montgomery – and the rest of the combo features tight rhythm from Arthur Harper on bass and Jimmy Lovelace on drums. The addition of Griffin is a nice surprise – especially as Montgomery wasn't often playing with tenor in a small group setting by this point – and titles include "Twisted Blues", "Blue N Boogie/West Coast Blues", "Full House", "To wane", "Jingles", "Impressions", "Four On Six", and "Round Midnight".  © 1996-2022, Dusty Groove, Inc.

Brazilliance X 4
Resonance, 2008. Used
CD...$6.99
Claudio Roditi's always been a player we can trust to get Brazilian grooves right – and this sweet little session is no exception to that rule! The date's got Claudio's brightly-blown trumpet lines soaring nicely over tight rhythms from a group that features Helio Alves on piano, Leonardo ... CD

Magic Of Two – Live At Keystone Korner
Resonance, 1982. Used
CD...$12.99
Rare duets from pianists Tommy Flanagan and Jaki Byard – recorded in San Francisco in the early 80s, and issued here for the first time ever! Both players are artists we love in a solo or stripped-down setting – where they really seem to open up and find all sorts of little corners and ... CD

Some Other Time – The Lost Session From The Black Forest
Resonance, 1968. Used 2 CDs
CD...$13.99 16.99
Never-heard studio work from the great Bill Evans – not another one of those many (and great) live performances from overseas – but a well-conceived, beautifully recorded set of tracks that were done for MPS Records in their famous studios in the Black Forest! The group here is Evans ... CD