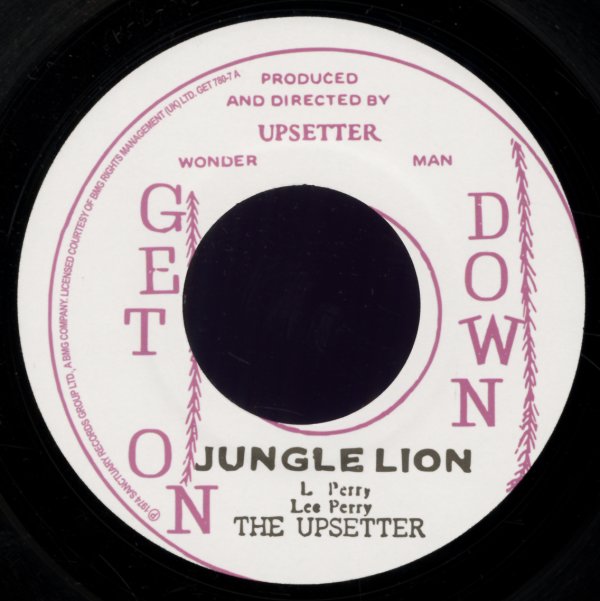 Lee Perry at his best – really finding the best mix of Jamaican rhythms and wilder production that made him a legend! "Jungle Lion" has echoes of Al Green's "Love & Happiness" throughout – blended with lots of echo, weird effects, and a trippy rhythm that's mighty nice! There's also a great break near the start – which follows on the flipside, which is essentially a more freaked-out version of the tune!  © 1996-2021, Dusty Groove, Inc.