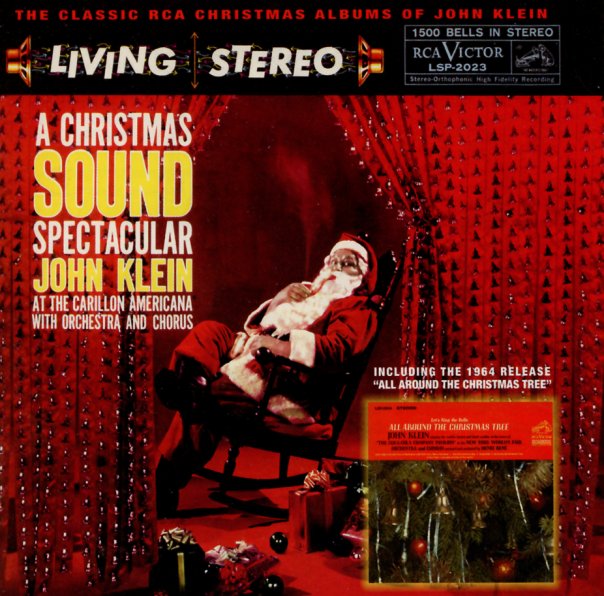 A sonic spectacular for Christmas – two unusual Holiday albums from the glory days of RCA's Living Stereo series! First up is A Christmas Sound Spectacular – a set that features a bell-heavy approach to seasonal favorites – not in a way that's overdone Carillion music, but instead this mode that mixes the sonic dynamics of the hi-fi era with a range of rich tones on bells and chimes! In other words, things sometimes get nicely way out – as on John Klein's RCA work with Sid Ramin – on tunes that include "Gesu Bambino", "Winter Wonderland", "Jingle Bells", "Silver Bells", "Frosty The Snowman", and "Santa Claus Is Comin To Town". Let's Ring The Bells All Around The Christmas Tree is a record that features some of the bells promised in the title – mixed with richer arrangements that also sometimes feature a bit of chorus vocals! The record's the kind of album that's great to put on later on Christmas evening – after everyone's completely stuffed to the gills, and kind of nodding out around the tree – because there's some sleepier moments in the mix, and a few more sprightly numbers that may have you rising from your chair, and heading into the kitchen for some leftovers and beer. Titles include "Greensleeves", "I'll Be Home For Christmas", "Sleigh Ride", "All Around The Christmas Tree", "The Little Drummer Boy", and "The Christmas Song".  © 1996-2021, Dusty Groove, Inc.