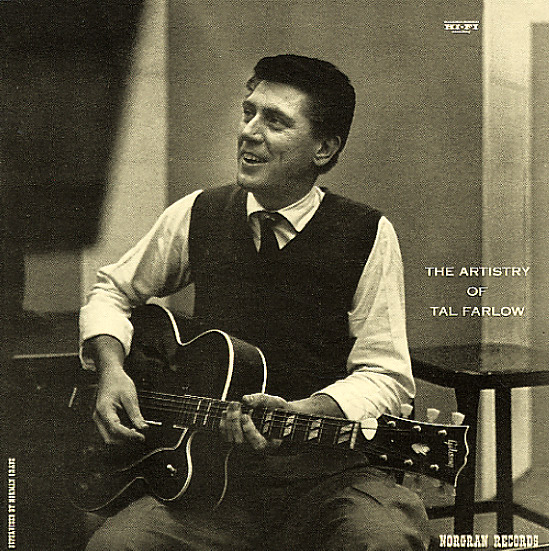 Pure and simple genius from Tal Farlow – one of THE greatest jazz guitarists of all time, especially on these important 50s recordings for Veve! Tal's playing here with a simply incredible tone – raspy and earthy, yet with notes that are impeccably placed on his solos – making for a compelling mixture of the rough and the smooth that seems to unlock a huge future potential for the electric guitar in jazz. The group's a quartet, with Gerald Wiggins on piano, Ray Brown on bass, and Chico Hamilton on drums – and titles include "Little Girl Blue", "Have You Met Miss Jones", "Tal's Blues", "Cherokee", and "Autumn In New York".  © 1996-2022, Dusty Groove, Inc.
(Out of print.)