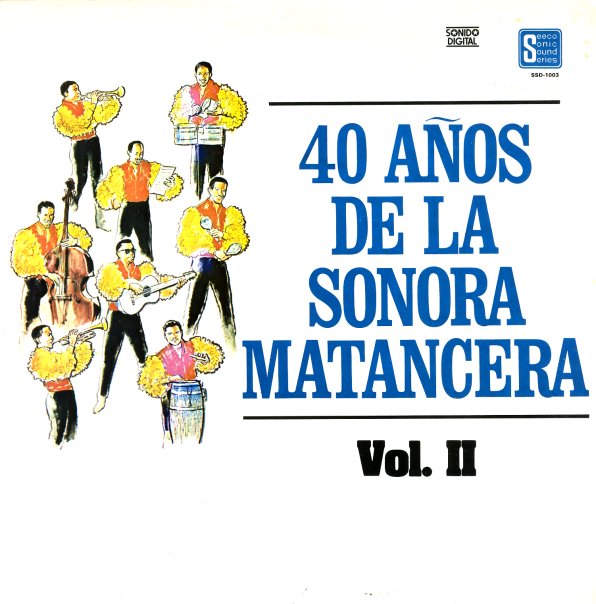 Anniversary album for Sonora Matancera featuring some of their earlier tracks, and a mix of Guarachas and Boleros. Cuts include "El Gallo", "Nocturnando", "Que Dichoso Es", and "Despues Que Pasas".  © 1996-2021, Dusty Groove, Inc.
(Late 80s issue. Cover has some surface wear, a lightly bent corner, and some sticker remnants on front.)