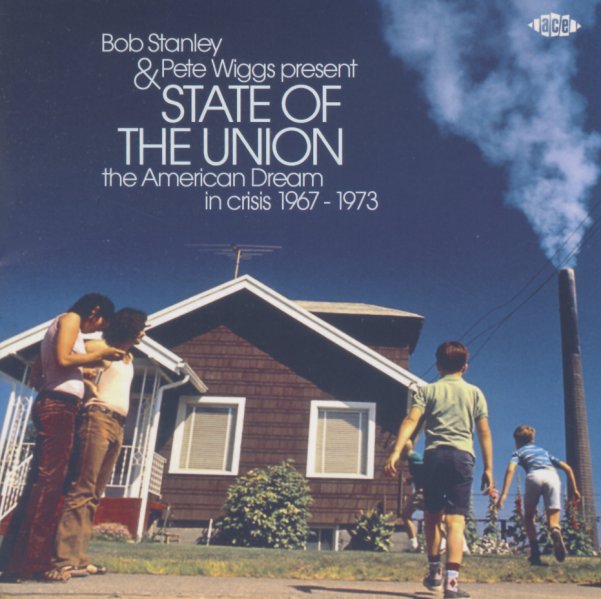 A great look at the changing tone on the American scene at the end of the 60s – that moment when Vietnam, social unrest, and many other problems weighed heavily on the country's consciousness – and made their presence manifest in all sorts of pop music as well! We're not talking about the familiar sounds of the Woodstock generation – but instead more mainstream artists who had never touched on politics or social issues before – but suddenly found themselves singing alongside the underground about the bigger problems of the day. This package is a superb look at that moment – put together by the team who've given us the great English Weather and Paris In The Spring collections for Ace – with the same care for choice of tracks, and a wealth of wonderful notes that really get at the nature of these unusual tunes. Titles include "Clean Up Your Own Back Yard" by Elvis Presley, "Wine In The Wind" by Anita Kerr Singers, "Paint Me Black Angels" by Eartha Kitt, "This Crazy World" by Paul Anka, "Questions" by Bobby Darin, "Do You Believe This Town" by Dean Martin, "Cardboard California" by Buddy Greco, "Cherrystones" by Eugene McDaniels, "Save The Children" by Teresa Brewer, "Welfare Hero" by Johnny Tillotson, "What Do We Do With The World" by Bing Crosby, "4th Of July" by The Beach Boys, "Mr Businessman" by Ray Stevens, "Paint America Love" by Lou Christie, "Hitchhiker" by The Four Preps, "Brand New Day" by Della Reese, "Saturday's Father" by The 4 Seasons, and "Southbound Jericho Parkway" by Roy Orbison.  © 1996-2023, Dusty Groove, Inc.