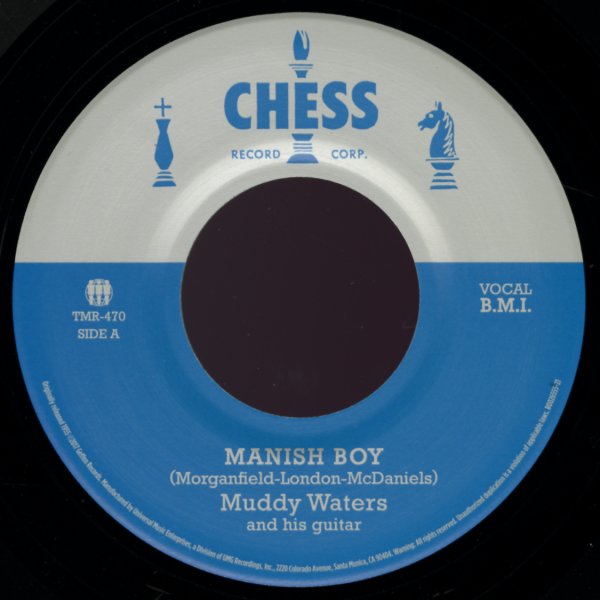 Maybe one of the most famous Muddy Waters songs ever recorded – served up here in all its fantastically raw glory! The tune's got Waters playing a famous electric guitar vamp that may well have become the blueprint for countless bar bands to come – but serving up the lyrics with a wit that none of them could ever hope to manage – all urged on by this wild girl chorus that really gives the tune an odd edge! And "Young Fashioned" is great, too – a bit tighter, and with a mean harmonica part in the middle!  © 1996-2021, Dusty Groove, Inc.
(Third Man reissue on black vinyl, in a vintage style Chess sleeve.)