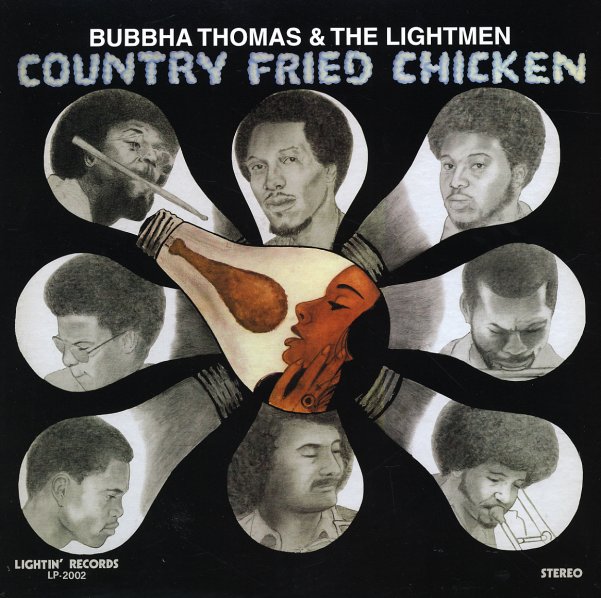 One of the strangest covers we've seen in years – and a perfect fit for this obscure session of unusual grooves! Drummer Bubbha Thomas is working here in a mode that's kind of an electrified 70s take on the Texas showband style of earlier years – a mode that has the core funky combo augmented by electric keys and moog in just the right places! The tunes on the set are all instrumentals – jamming along in a sweet little style that mixes funky jazz with some of the rougher touches of the indie 45 scene – letting the band stretch out on extended solos on most cuts, but still keeping the rhythms very tight and in the pocket! In a way, the approach almost feels like some of the funkier work on Tribe Records from Detroit, especially on tracks that have more ambitious solo work. Players include Doug Harris on flute and tenor, Ronnie Laws on tenor, John Henderson on electric piano, and a young Hugh Ragin on trombone – and titles include "Herbs Of Life", "Sweet Ray", "Famous Last Words", "Country Fried Chicken", and "Survival Song". 2CD version features a whole bonus disc of unusual material – rare alternates, unreleased disco tracks, and even some synth versions of tracks from Bubbha's first two albums – plus a big booklet of notes!  © 1996-2020, Dusty Groove, Inc.