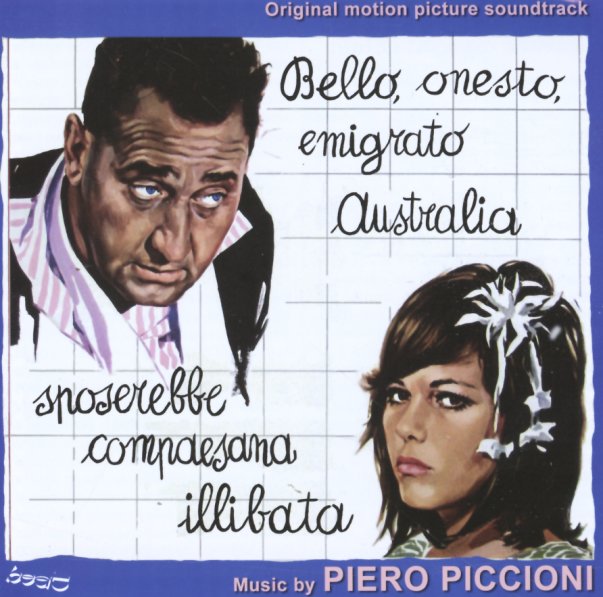 Italy meets Australia – in a lovely set of grooves written by Piero Piccioni for this little-seen Alberto Sordi film from 1971! The sound is as sunny as you'd expect – with the Piccioni bossa groove used to set the scene for postwar Australia – sometimes coming across with lighter, livelier tones, sometimes getting a bit lusher in the more serious parts – but always coming across with a great Italian soundtrack sparkle! There's some wonderful Italian bossa bits on the set – skipping out with some snapping snare bits, topped off by warm horn passages and some great use of electric keys! Titles include "La Gita In Barca", "L'Arrivo In Citta", "I Primi Approcci", "La Delusione Di Carmela", "Shopping In Sydney", "Il Sogno Di Carmela", and "Incontro All'Aeroporto". CD features 14 bonus tracks, most of which are previously unreleased!  © 1996-2023, Dusty Groove, Inc.