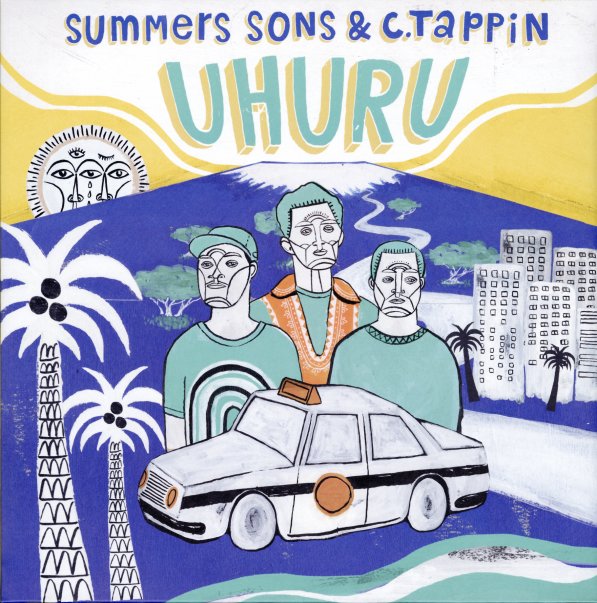 The keyboards of C Tappin are a fantastic element here – used to create warmth and flow throughout this album of understated majesty! The set draws equal inspiration from a journey to Kilimanjaro, and a recent live set by D'Angelo – produced and mixed by Slim in his studio, with lyrics by C Tappin and Turt – always aglow next to the keys. Titles include "Uhuru", "Dusk To Dawn", "Good Times", "Shades Of Green", "Slim Pickins", "Call It Love", "Sonrise", "The Season", and "Keep Up".  © 1996-2020, Dusty Groove, Inc.
(Limited edition two record set, includes instrumental edits of all songs – with more nice keys!)