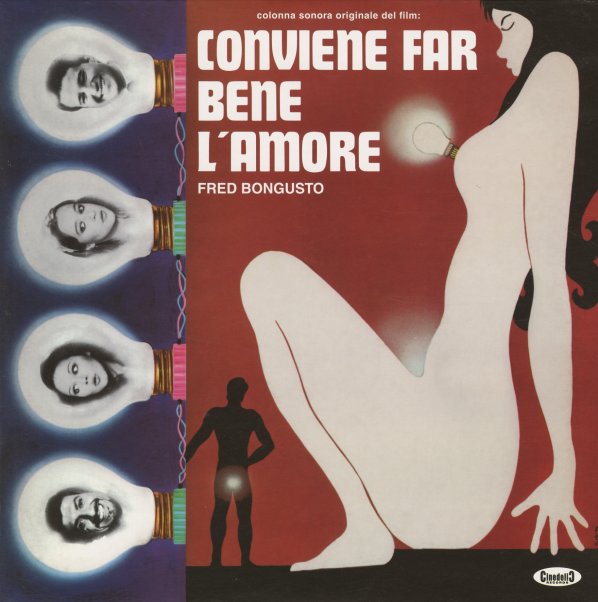 That's a pretty groovy little cover – and the album's filled with very groovy sounds from the great Fred Bongusto – always one of the more enigmatic composers of the golden age of Italian soundtracks! Fred's 60s work always had a bit of a bossa touch, and that's definitely here at times – augmented by more 70s electric elements too – so that the sweet keyboards sometimes get all moogy and cool, other times lay back in a jazzy mode – over themes that have some surprisingly nice little hooks, almost the sorts of slight sentiment you'd find in French soundtrack material by Legrand or Lai! Titles include "Fantasia Su Tema", "Amore 10 E Lode", "Pensieri", "Latin Lovers", "Sex Campioni", "Exp Primo", "Conviene Far Bene L'Amore", and "Nuovo Tabu".  © 1996-2022, Dusty Groove, Inc.
(Hand-numbered limited edition of 500!)