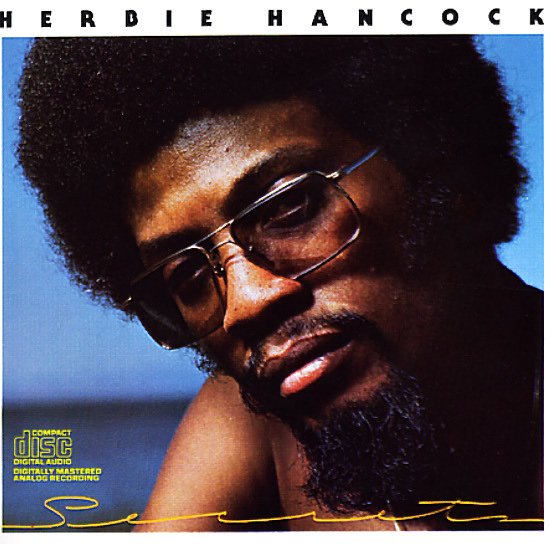 Soulful 70s work from Herbie Hancock – a record that tightens things up from the Headhunters and Sextant sessions, but which still retains a lot of their depth and charm! Players here including some previous partners – like Bennie Maupin on reeds and Paul Jackson on bass – plus the mighty Wah Wah Watson on guitars, James Levi on drums, Kenneth Nash on percussion, and Ray Parker on additional guitar. Tracks are tightly electric fusion, but still have some of the sharper tones of Herbie's electric work – weird moogy moments mixed into more straight ahead funk – all with a sound that's not unlike some of Ramsey Lewis' best Columbia work of the period. Herbie plays Fender Rhodes, Arp, clavinet, mini-moog, and more – and titles include "Doin' It", "Spider", "Swamp Rat", "People Music", and a remake of "Cantelope Island" that's pretty darn tasty!  © 1996-2022, Dusty Groove, Inc.
(Cover has light surface wear and a small index sticker.)

Prisoner
Blue Note, 1969. Very Good
LP...$19.99
A nice late Blue Note change from Herbie Hancock – a very different album than his previous sets for the label – in that it features a slightly larger group, and a sound that really points the way towards his directions in the 70s! There's a slightly ambitious feel to some of these ... LP, Vinyl record album