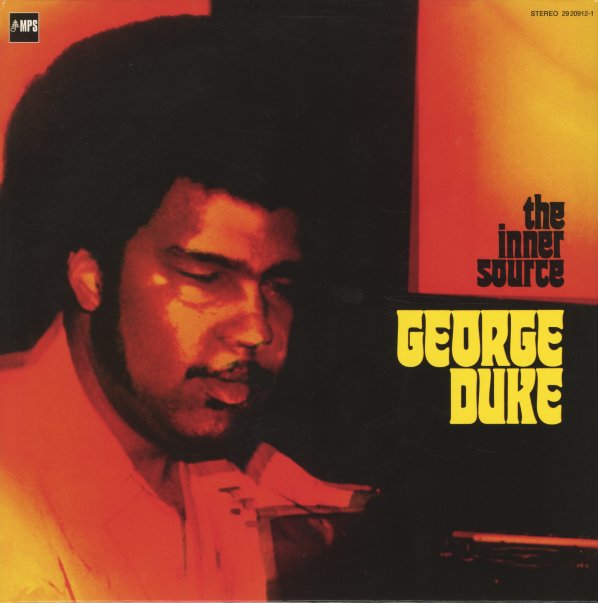 A fantastic set that features the best recordings ever done by George Duke for MPS! The set's a 2LP package that compiles the sessions Solus and The Inner Source – both of which feature Duke in his purest form, at the height of his spacey keyboard powers, in settings that are neither too funky, too goofy, or too over the top. There's a lively mixture of jazzy playing, Latin riffing, and pure MPS modal grooving – and the record contains the material by Duke that always shows up on MPS comps, but which you can never actually find. Duke doesn't sing, and instead concentrates on leading the group and hitting some wonderful solos on the keys. Players include Armando Peraza on percussion, Luis Gasca on trumpet, and Jerome Richardson on reeds – and the vibe is warm, wonderful, and extremely soulful. If you've ever wondered why people consider George so great, this is the stuff to check out – as it's amazingly put together, with a sound that blows away most of his other albums. Titles include "Au-Right", "My Soul", "Manya", "Sweet Bite", "Always Constant", "Solus", "Nigerian Numberuma", "Feels So Good", and "Some Time Ago". Great stuff, and extremely difficult to find!  © 1996-2022, Dusty Groove, Inc.