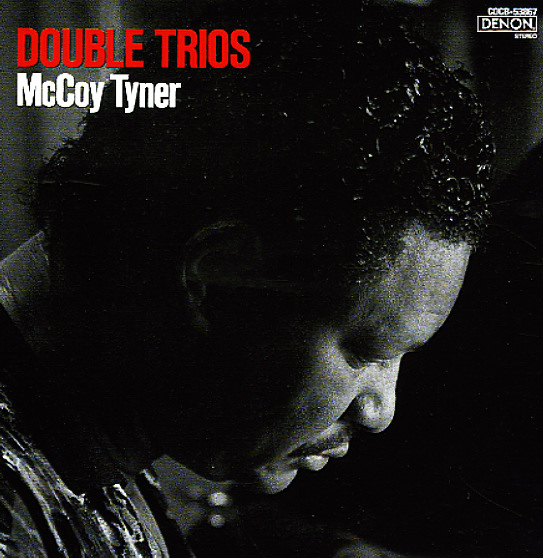 Bold work from McCoy Tyner – a sweet set recorded for the Japanese Denon label in the 80s! The title's a reference to two different trios used by Tyner for the record – one with Avery Sharpe on bass and Louis Hayes on drums, plus a bit of percussion from Steve Thornton – the other a group with Marcus Miller on electric bass and Jeff Tain Watts on drums, plus more percussion from Thornton! McCoy's got a righteous feel on the acoustic bass sides – very much his best post-Coltrane spirit, particularly that which was let loose in some of the more freewheeling trio dates. The electric bass cuts by the second trio have a slightly different swing – still great work from McCoy, but an undercurrent of fusion too. Titles include "Dreamer", "Latino Suite", "Down Home", "Sudan", and "Lover Man".  © 1996-2022, Dusty Groove, Inc.
(Out of print.)

Asante
Blue Note, 1970. Used
CD...$14.99
A wonderful record from McCoy Tyner – and a great reminder that some of his best post-Coltrane work was done for the Blue Note label – which was where Tyner seemed to hit the right sort of spiritual vibe to live up to his Impulse Records legacy! This album's got plenty of long, ... CD

Brilliant Corners
Denon (Japan), 1986. Used
CD...$16.99
One of the most dynamic albums ever recorded by Bennie Wallace – a set that really pushes the boundaries of the tenorist's talents, by adding in the piano of Yosuke Yamashita! Yamashita brings these great angular tones to the record – echoing the Monkish modes promised by the title, ... CD