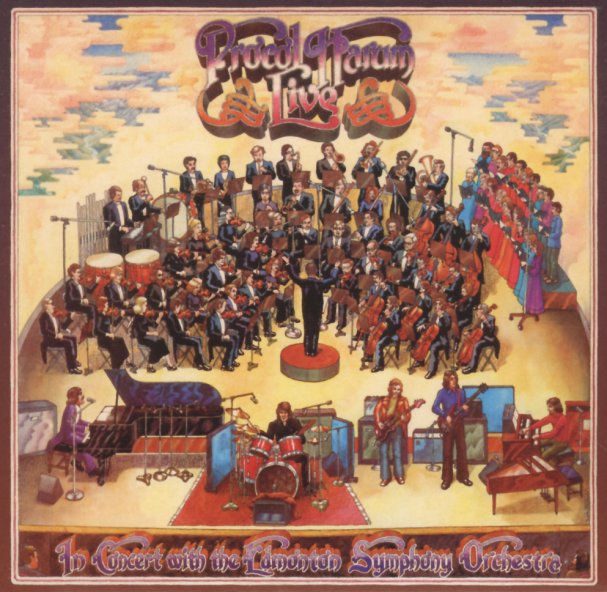 Live In Concert With The Edmonton Symphony Orchestra (with bonus tracks)

Procol Harum always had a very heady sound in their music – a mode that was much more complex than their contemporaries, full of these richer currents of sound that matched the deeper ideas in their music! Yet here, they really take things even farther over the top – working with an orchestra in Canada, and turning out these fantastic live versions of some of their grooviest tunes – plus a few surprises as well! Unlike other "with orchestra" presentations, which can sometimes sound a bit schlocky – or have the orchestra carrying the weakening talents of aging musicians – this set captured the group in their prime, and has the amazing voice of Gary Brooker right out front – with rock solid backing from the core group, with Dave Ball on guitar and Chris Copping on plenty of organ – as the orchestrations just underscore their genius in a very effective way. Titles include "A Salty Dog", "Conquistador", "All This & More", "In Held Twas I", and 'Whaling Stories". Features bonus tracks – the b-side track "Luskus Delph" – and rehearsal tracks from the concert of "Salty Dog", "Shine On Brightly", "Simple Sister", and "Luskus Delph".  © 1996-2021, Dusty Groove, Inc.