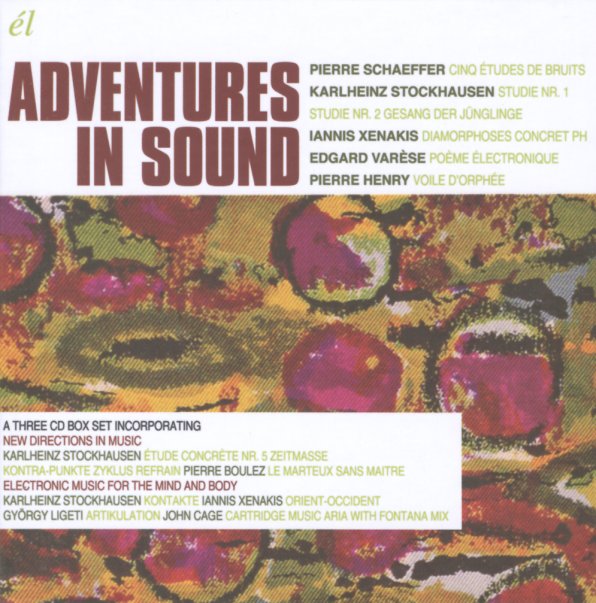 A fantastic overview of the key postwar years of experimental music – a set that not only features some important electronic experiments, but also a wealth of unusual tonal, timing, and instrumental combinations! The box brings together key recordings from these years – some by the composers themselves – and the 3CD set features "Cinq Etudes De Bruits (Five Studies Of Noise)" by Pierre Schaeffer, "Diamorphoses" and "Concret PH" by Iannis Xenakis, "Studie No 17" and "Gesang Der Jungling" by Karlheinz Stockhausen, "Orient Occident" by Iannis Xenakis, "Cartridge Music" and "Aria With Fontana Mix" by John Cage, "Etude Concrete 2 No 5" and "Zeitmasse" by Stockhausen, "Poelem Electronique" by Edgard Varese, "Voile D'Orphee" by Pierre Henry, "Artikulation" by Gyorgy Ligeti, and "Le Marteux Sans Maitre" by Pierre Boulez.  © 1996-2022, Dusty Groove, Inc.