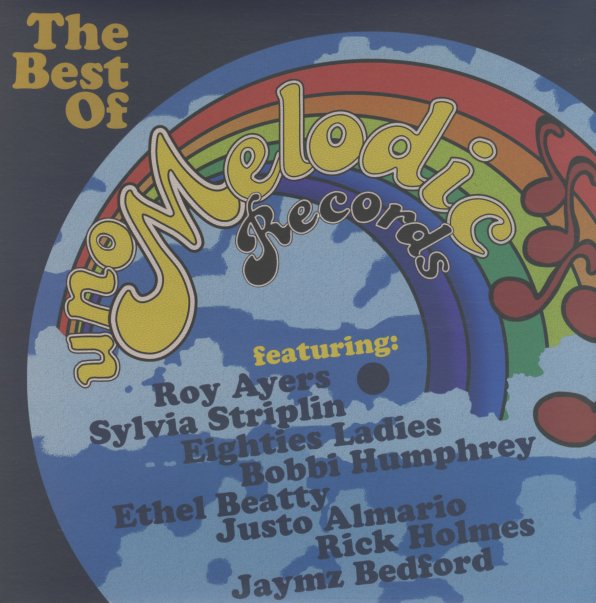 A fantastic tribute to one of the greatest soul labels of the 80s – the groundbreaking Uno Melodic imprint, started by soul legend Roy Ayers as a showcase for some of his more creative projects! The vibe here follows perfectly from Roy's classic late 70s work on Polydor – and his famous album with Ramp – with a wicked blend of jazz, soul, and funk – all given a very sophisticated, righteous spin – with rhythms and instrumentation that are way different than the mainstream! That doesn't mean that these tunes aren't groovers – just that many were so far ahead of their time, they've only gotten full acclaim in recent decade – thanks to new discovery by DJs and hip hoppers, who've sampled more than a few of these cuts. The whole thing is wonderful – with a strong focus on some of the female singers that Roy was working with – and titles include "Remember To Remember" by Rick Holmes, "It's Your Love" and "I Know You Care" by Ethel Beatty, "Interlude" by Justo Almario, "Baby Don't You Know (inst)" by Bobbi Humphrey, "Just Keep My Boogie" by Jaymz Bedford, "Everybody" and "Chicago" by Roy Ayers, "Give Me Your Love" and "You Can't Turn Me Away" by Sylvia Striplin, and the cuts "Sing Me", "I Knew That Love", "Ladies Of The Eighties", and "Turned On To You" by Eighties Ladies.  © 1996-2022, Dusty Groove, Inc.