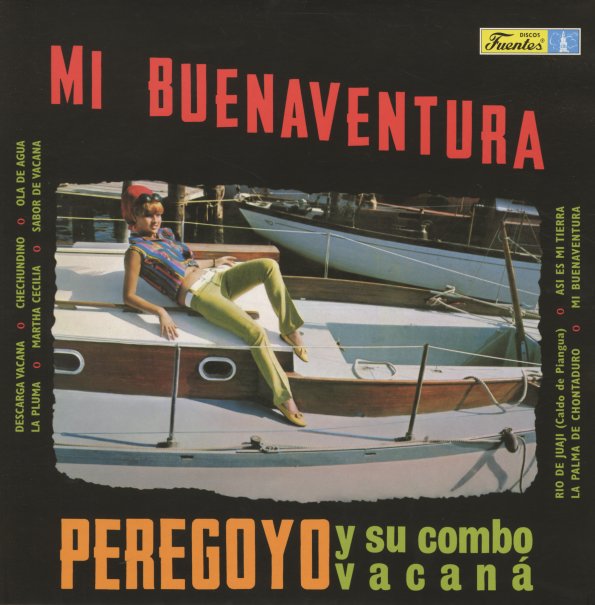 A romping little record from the Colombian scene of the 60s – a set that's kind of a bridge between older Latin modes and the new cumbia rhythms of the time – at a level that also has lots of criss-crossing elements that really keep things interesting! The album has a great long descarga cut – "Descarga Vacana" – which is again a nice variation on the usual, especially given the use of guitar next to more familiar piano and horn parts. Other tunes include "Cecilia", "Ola De Agua", "Rio De Juaji", "La Palma De Chontaduro", "Mi Buenaventura", and "Sabor De Vacana".  © 1996-2022, Dusty Groove, Inc.