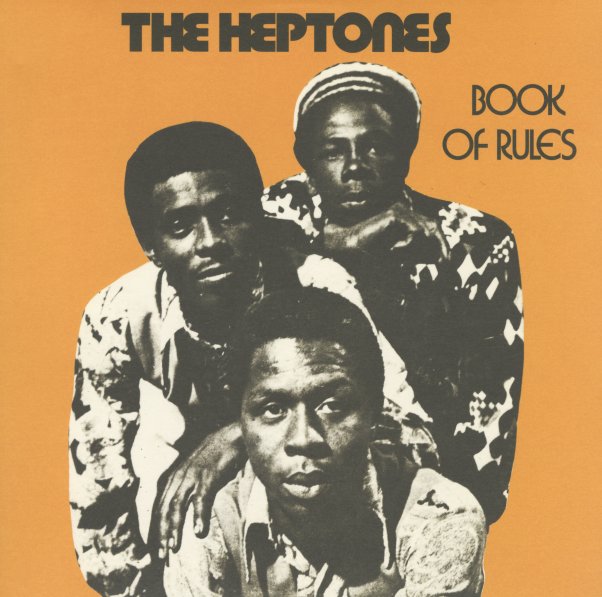 Heptones
Get On Down
Get On Down (label)
Jaywax
Jaywax (label)
Reggae (CD, LP)

A soulful classic from The Heptones – easily one of the greatest trios to emerge from the Jamaican scene in the late 60s – and one of the few who were really able to evolve their style as the years went on! The style here is to earlier Heptones material as the early 70s Impressions records on Curtom were to their 60s albums on ABC – more righteous in content, and hipper in overall expression – with this beautiful interplay between the vocals of Leroy Sibbles, Barry Llewelly, and Earl Morgan – all captured with this warm glow in the Harry J Studio! Players on the date include Cedric Im Brooks on tenor and Leslie Butler on organ – and titles include "Suffering So", "Peace & Harmony", "Book Of Rules", "Black On Black", "Do Good To Everyone", "Wah Go Home", and "Over & Over".  © 1996-2021, Dusty Groove, Inc.