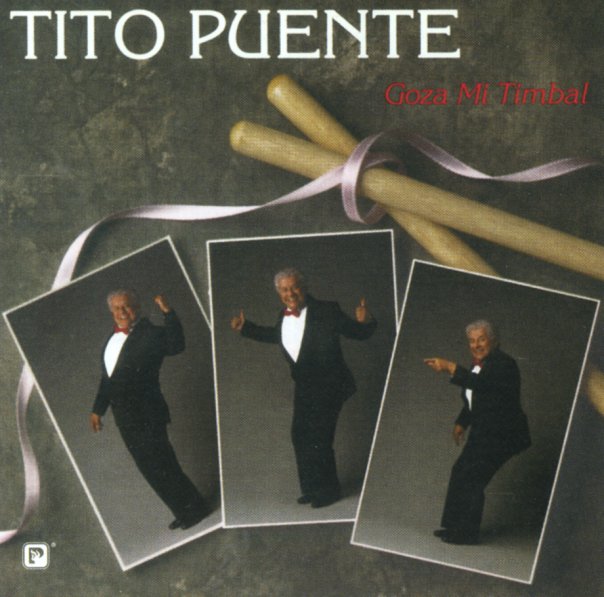 A late date from Tito Puente, but a great one too – one of his sublime sessions for Concord Records during the 80s – done with a rock-solid approach to Latin jazz! Puente really hits on all burners during these years – free of gimmicks, or any need to sound too modern – and instead moving back into a jazzy style that's almost more classic than any of his records from years back! Of course, the recording style is more modern – but never with any 80s gimmicks at all, just in ways that let the players open up even more than usual on their solos – a good thing, given that the lineup features Mitch Frohman on reeds, Robbie Kwock on trumpet, Sam Burtis on trombone, and Sonny Bravo on piano – and we're also guessing some arrangements too. Titles include "Airegin", "Pent Up House", "Picadillo A Lo Puente", "All Blues", "Lambada Timbales", and "Ode To Cachao".  © 1996-2022, Dusty Groove, Inc.
(Out of print, hybrid SACD pressing – plays on regular players too!)

Mamborama! (aka Mamborama/Mambo With Me)
Tico/Charly (UK), Late 50s. Used
CD...$14.99
Hey, they're not kidding with this title – as Tito really goes to town with a set of mambo tunes, grooving it up with a hard heavy percussive edge! The title's one of the first on the Tico label (as an LP), and it really sets the pace for some of the label's excellent work to come – as ... CD

Top Percussion
RCA, 1957. Used
CD...$11.99
One of the greatest Tito Puente albums from the 50s, and a spare percussion jam session that's right up there with his legendary Puente In Percussion album! The group features Mongo Santamaria, Bill Correa, Julito Collazo, and Enrigue Marti on percussion with Tito – and the only other ... CD

Latin Soul
Concord, 1999. Used
CD...$7.99
Poncho's still cooking nice and hard on congas – and he's got a tight band backing him up on this feisty session of heavy Latin grooves. The album's a nice throwback to the glory days of Latin soul, and it features an Eddie Harris medley of "Cold Duck" and "Listen Here", ... CD

El Arte Del Sabor
Blue Note, 2001. Used
CD...$9.99
Deeply soulful Latin piano tracks – featuring Bebo at the helm of a group that includes Cachao on bass, Patato Valdes on conga and percussion, and Paquito D'Rivera guesting on sax on a few cuts. Bebo's piano is in the lead on most of the record – and titles include "Son De La ... CD