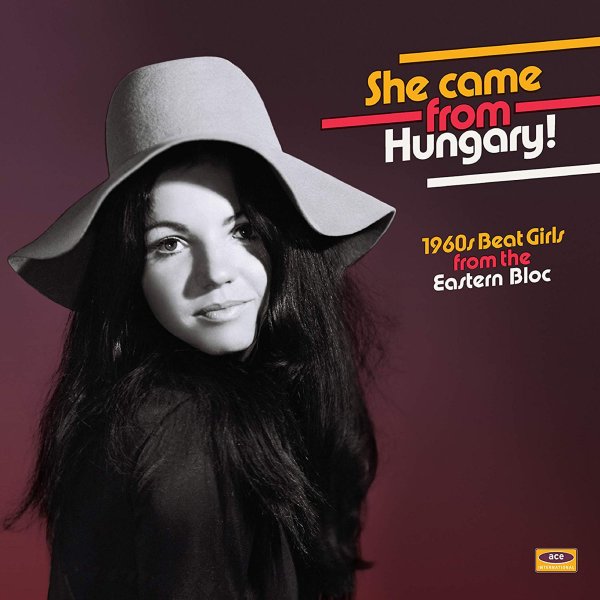 Great girl pop from a really unlikely source – not the better-known British and French female singles that rocked the European scene in the 60s – but a whole host of more obscure numbers from behind the Iron Curtain – all tracks recorded in Hungary, but hardly ever issued to the rest of the world at the time! Turns out, those Hungarians were very much in line with the kinds of sounds that were romping up London, Paris, and Rome at the time – beat-heavy, soul-influenced grooves that bring a new sort of brashness to the female singers in the lead – and give them a kind of universal appeal, even if you can't understand the lyrics at all! At some level, the instrumentation here is more than enough – loads of groovy organ lines, thumping bass, soaring horns, and all sorts of other groovy touches – but the unusual language of the vocals adds a very cool other aspect to the sound. All tracks are from the Qualiton catalog, and presented here with detailed notes and history in English – for titles tha tinclude "Ez Az Utolso Randevunk" by Eva Nagy, "Konyorogni Nem Fogok" by Zsuzsa Matray, "Keresek Egy Fiut" by Maria Wittek, "Mindig Tanul Az Ember" by Beata Karda, "Fekete Beat" by Sarolta Zalatnay, "Ha Csak Egy Fokkal Szebb Az Ordognel" by Gabi Fenyvesi, "Judas Vagy" by Kyri Ambrus, "Keresem A Szot" by Zsuzsa Koncz, and "Zsakutca" by Clementina Magay.  © 1996-2020, Dusty Groove, Inc.

Autobahn (blue vinyl pressing)
Kling Klang/Parlophone, 1974. New Copy (reissue)
LP...$21.99
A groundbreaking record from Kraftwerk – a set that unified the 70s worlds of analogue electronics and prog rock – yet somehow managed to set the scene for a whole new sound to come! The album's a treasure all the way through – slow-building, and with beautiful bubbling moments ... LP, Vinyl record album