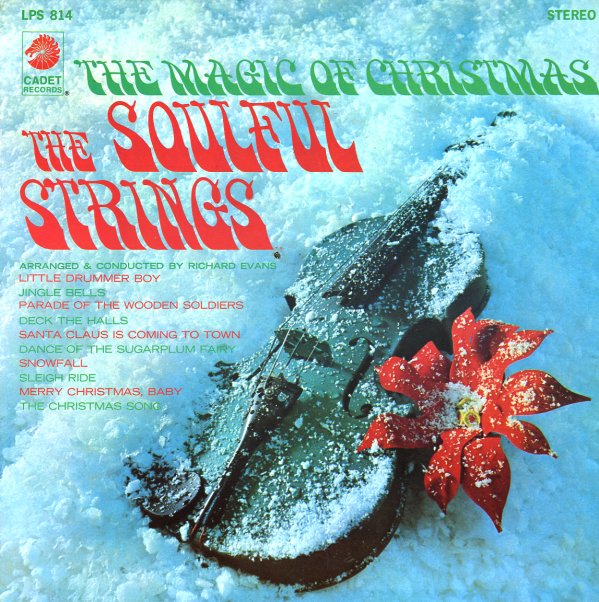 One of the coolest Christmas albums we've ever heard – and maybe one of the coolest sets ever from this legendary soul instrumental project from Chicago! The Soulful Strings are already great on other albums, but they really blow us away here with the way they completely transform familiar tunes – using the impeccable arrangements of the great Richard Evans, and a host of hot strings from Dorothy Ashby on harp, Cleveland Eaton on bass, and Phil Upchurch on guitar – plus a bit of hip vibes from Bobby Christian as well! And Evans' style here really outdoes itself – and hits a similar level to the best Charles Stepney material on Cadet at the same time – making for amazing sounds on titles that include "Little Drummer Boy", "Snowfall", "Dance Of The Sugarplum Fairy", "Sleigh Ride", and "Parade Of The Wooden Soldiers". Way more than a Christmas record – and actually one we'll happily play all year long!  © 1996-2021, Dusty Groove, Inc.