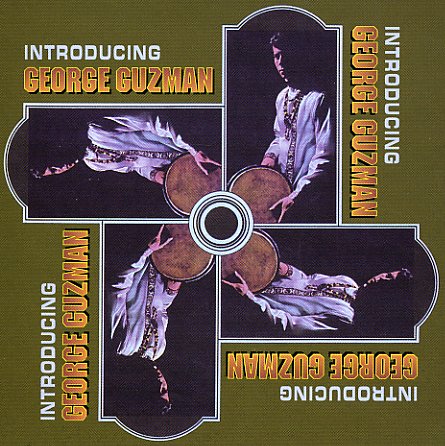 George Guzman
Fania
Fania (label)
Get On Down
Get On Down (label)
Latin (CD, LP)

Amazing Latin soul – and the first record ever by the youthful George Guzman! The grooves kick in from the word "go" – with strong electric bass setting the scene, and lots of dark, descending blue notes – copped from 60s soul and jazz influences, and crafted perfectly to fit the Spanish Harlem sound of the time! Lyrics are mostly in English, and nearly every track is a mad groover – of the sort that will make your stereo perk up its too-tired ears! Trust us, this one's a gem – a record we'd recommend to anyone – and filled with wonderful tracks like "Lazy Boogaloo", "French Boogaloo", "Herba Buena", "Chant Of The Isles", "Marilu", and the goofy "Banana Freak Out"!  © 1996-2021, Dusty Groove, Inc.

Sacbe
Discos Arte/Favorite (France), 1977. New Copy (reissue)
LP...$29.99 48.99
Sweet Latin fusion from Sacbe – a Mexican group, but one who work with some of the best elements of the Brazilian jazz scene of the time – long-flowing lines, nicely complex rhythms, and a very organic sense of balance between the acoustic and electric instruments in the group! These ... LP, Vinyl record album