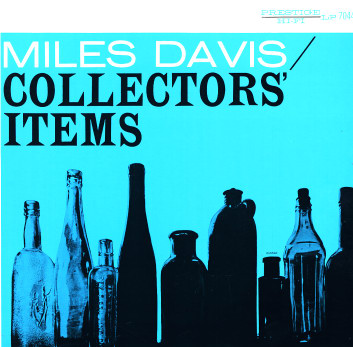 A session of "collectors items" that Miles Davis recorded for Prestige in the 50s – both dates that were too short to be issued as albums by themselves, combined here into one full length record! The first batch of material is from 1953 – and features Davis working with Sonny Rollins and Charlie Parker (playing here under his "Charlie Chan" session name) – all in a mode that steps off a bit from the boppishness of Davis' Blue Note recordings. Titles include 2 takes of "Serpent's Tooth", plus "Round Midnight" and "Compulsion". The second half of the record is from 3 year later, 1956 – and again features Rollins, plus Tommy Flanagan on piano, Paul Chambers on bass, and Art Taylor on drums. Tracks are a bit longer and more mature in the Davis idiom – and titles include "In Your Own Sweet Way", "Vierd Blues", and "No Line".  © 1996-2020, Dusty Groove, Inc.
(Out of print. Please note this CD is missing the rear tray card and is priced accordingly.)