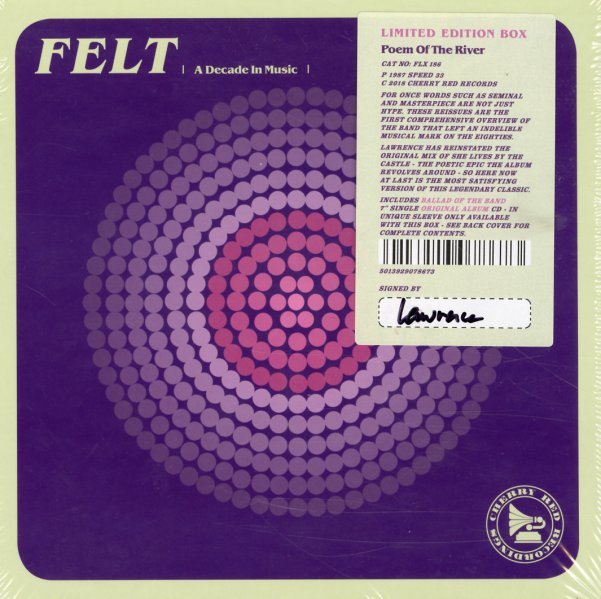 A gem of a record from Felt – one that has them complicating the sound they first brought to the Creation Records label – stretching out some of the songs a bit, and working with art rock legend Mayo Thompson of the Red Krayola in the production booth! The use of organ continues to be wonderfully strong – really giving the group a punctuation to their songs that their earlier material never had – but there's also still that great sense of overall sound that always made them so unique, and which works perfectly for the creative songwriting talents of Lawrence. Tracks include "Declaration" "Silver Plane", "She Lives By The Castle", "Stained Glass Windows In The Sky", "Riding On The Equator", "Dark Red Birds". CD comes in a gatefold sleeve, packaged in a 7" box – which includes a picture sleeve version of the "Ballad Of The Band" 7 inch single, 2 reproductions of gig flyers, a 2-sided wall poster, and 4 buttons – all with a sticker on the box that's signed by Lawrence!  © 1996-2020, Dusty Groove, Inc.
(Flyers, buttons, and posters for each different CD/7" set are different too!)