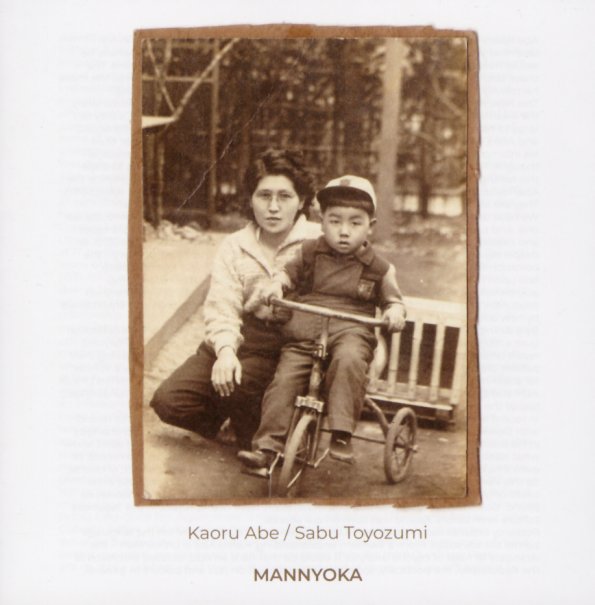 Fiercely improvised work from the duo of Kaoru Abe on soprano and sopranino saxophone – and Sabu Toyozumi on drums and percussion! On "Song For Mithue Totozumi", the pair jump right into the fray – with Abe spinning out these incredible lines with effortless ease – taking his horn into the kind of territory we're used to hearing from European saxophonists, with superb support from Toyozumi! Toyozumi is wonderful on "Song For Sakamoto Kikuyo", in three parts – a piece that builds up with this organic, almost abstract energy from the percussion – very spacious in parts, but woven together beautifully by these snaking, yet angular lines from Abe's reeds – which gain intensity as the performance moves on, building to a real sense of ferocity by the end!  © 1996-2021, Dusty Groove, Inc.