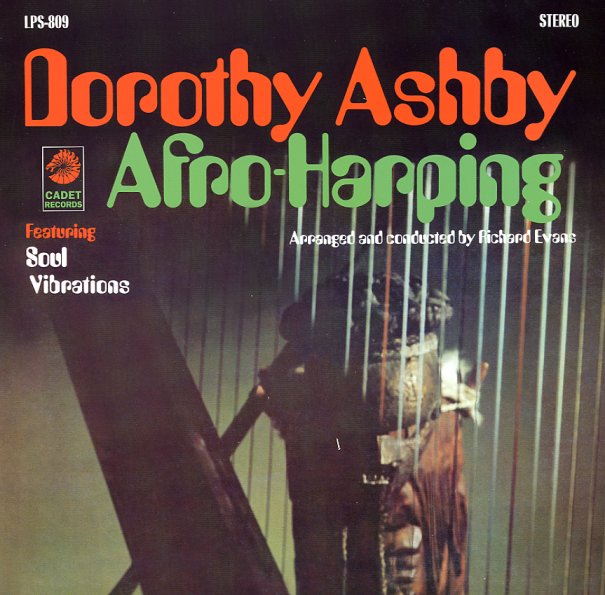 One of the grooviest records ever – a sublime blend of African percussion, soulful orchestrations, and Dorothy Ashby's amazing electric harp! By the time of this landmark album, Dorothy had been knocking around the jazz world for a number of years, but it wasn't until she hooked up with Richard Evans at Cadet Records that her sound really began to cook – breaking down genres and expectations in the trademark style of the best late 60s sides from the Chicago underground. The record's got a bit of funk, a bit of jazz, and a heck of a lot of soul – and the setting works perfectly for Dorothy's harp, giving it a lot more room to work around than some of her smaller jazz combo albums. The album includes two great originals – "Soul Vibrations" and "Afro-Harping" – both of which have a nice funky edge, and a groovy soulful bounce – and other tunes include "Lonely Girl", "Life Has Its Trials", "Look Of Love", "Come Live With Me", and a great version of Freddie Hubbard's "Little Sunflower".  © 1996-2021, Dusty Groove, Inc.

Out There
Prestige/OJC, 1960. New Copy (reissue)
LP...$21.99 22.98
Eric Dolphy's second album as a leader – and already a bold step forward from the first! The format here changes from the more standard lineup of before – as Dolphy drops out other horn players, loses the piano, and brings the cello of Ron Carter into the frontline! Backing is by the ... LP, Vinyl record album