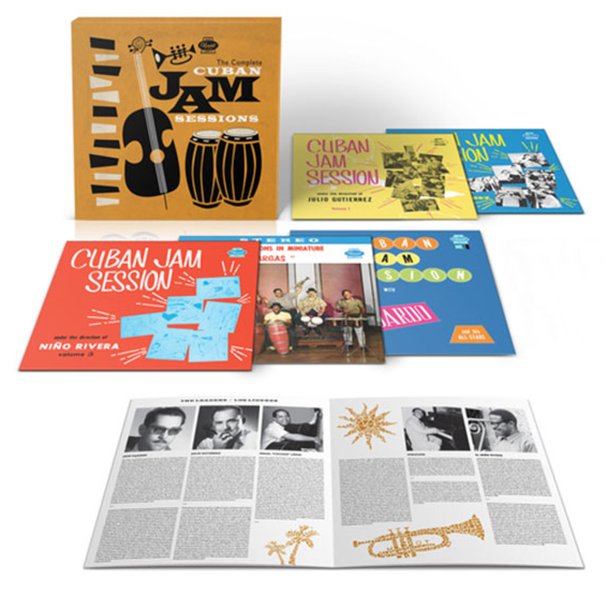 An incredible collection of records – a series of albums that forever changed the sound of Latin music around the world! These five sets were all cooked up in the changing Cuban scene at the start of the 60s – where musicians were getting looser and freer, with a sound that was quite different than the tighter big bands of a few years before – strongly influenced by changes in American jazz, including the jam session mode that was big on record during the 50s! In a way, these sides are an answer to that – as they feature all-star musicians coming together on long, more spontaneous tracks – often in smaller combos with heavy influence on rhythm, and lots of work from the key soloists on the dates. Each record has a different leader, but often some of the same musicians – and there's some especially great work on trumpet and tenor by other members of the group – at a level that went on to influence the small combo sound of artists like Joe Cuba, the grooves of the Latin Soul/boogaloo scene, and even the all-star American groups like the Alegre All Stars and Fania All stars in years to come. Records 1 and 2 feature leadership by Julio Gutierrez, record 3 is led by Nino Rivera, record 4 (the most famous) is led by bassist Cachao, and record 5 is led by flautist Fajardo. Great box set – all CDs in small LP-styled sleeves with original art – alongside a 96 page booklet of notes and photos!  © 1996-2021, Dusty Groove, Inc.