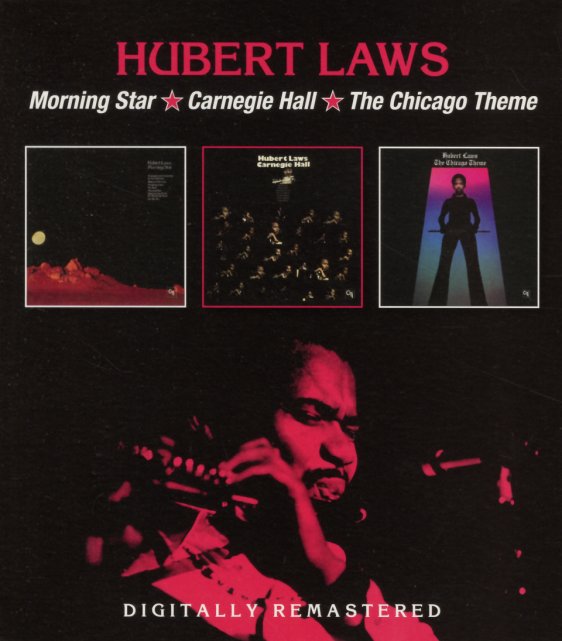 A trio of CTI classics from reedman Hubert Laws! First up is Morning Star – one of the most sublime Hubert Laws albums for CTI – a set that features his incredibly soulful flute work floating over these beautiful large arrangements by Don Sebesky – all ticked by some sweet electric piano from Bob James! The sound is perfect – that balance of soul and sophistication that really made CTI a groundbreaking label at this point – and which made it a perfect place for a hip artist like Hubert to really hit his stride! And in fact, Laws may not have ever hit this height again – as even though later albums are all still pretty great, and plenty soulful, this set's got an extra something special that we never tire of hearing! Titles include "No More", "Morning Star", "Let Her Go", and "What Do You Think Of This World Now?". The next album features maybe some of the coolest music ever recorded at Carnegie Hall – a wonderful venue that's perfect for the blend of soul and space of the CTI Records years of Hubert Laws! Laws' lead lines on flute really stretch out beautifully in the setting – given ample room to roam amidst a lineup that features Dave Friedman on vibes, Ron Carter on bass, and Bob James on piano and electric piano – all on tracks that have the same open, breathy quality as Hubert's sublime Afro Classic album. Like that set, there's a subtle dose of funk in the mix, but more focus on an airier mode up top – stretched out beautifully over a medley of Chick Corea's "Windows" and "Fire & Rain" – and on a 20 minute take of "Passacaglia In C Minor". Chicago Theme is one of Hubert Laws' funkiest records for CTI – recorded with a full group funky style that's plenty darn great, and a lot harder-hitting than some of Hubert's more laidback sessions for the label! Arrangements are by Bob James and Laws – working here with a large batch of players who come together beautifully, almost in the style of a funky 70s cop show soundtrack! James plays keyboards, and other players include George Benson, Phil Upchurch, Stanley Clarke, Randy Brecker, Don Grolnick, and Ron Carter – on titles that include James' own "Chicago Theme", a great cover of "Midnight At The Oasis" with wonderful drums from Steve Gadd, who also kicks it nice and large on Laws' own "I Had A Dream". Other tracks include "Going Home", "I Had A Dream", and "Inflation Chaser".  © 1996-2023, Dusty Groove, Inc.