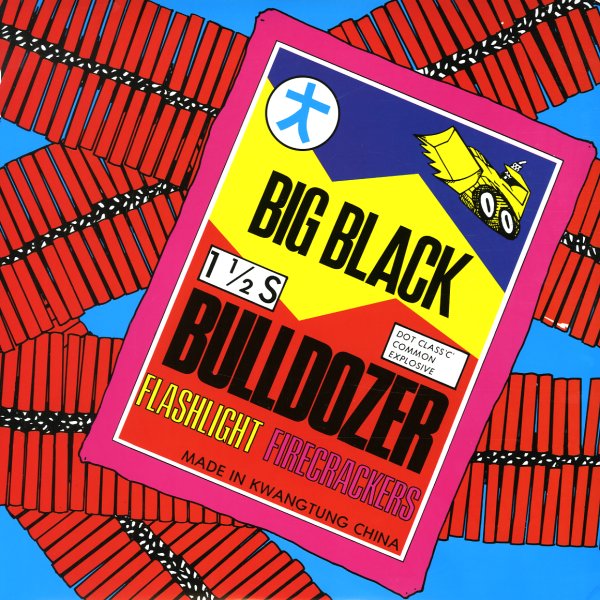 The second EP by Chicago's underground 80s rock gods Big Black! Lungs was a great and all, but Bulldozer is where the Big Black really starts hitting it's signature sound – caustic vocals, that incredible shrapnelly guitar, thick, scary bass and don't forget Roland – who needs a drum kit when you got Roland back there! Includes "Cables", "Pigeon Kill", "I'm A Mess", "Texas" (with some human drumming), "Seth" and "Jump The Climb".  © 1996-2022, Dusty Groove, Inc.
(Early 90s pressing, with insert and unused poster!)

Atomizer
Homestead, 1986. Near Mint-
LP...$59.99
A critical moment in the Chicago scene – and quite possibly the crowning moment from Big Black as well! The trio were already great on previous records, but they somehow move even farther forward with this one – a deep dive into the twisted mind of Steve Albini, served up with a sonic ... LP, Vinyl record album

Just Another Band From LA
Bizarre, 1972. Near Mint- Gatefold
LP...$16.99
A key record in showcasing Frank Zappa's blend of complicated compositions and all-out jamming – that mix of hard rock and serious songwriting that would direct his energy for most of the 70s – yet still pretty darn raw at this point! The album's a live one – with some of the ... LP, Vinyl record album

I Keep Coming Back For More
Chocolate City, 1977. Very Good+
LP...$4.99
Sublime second generation soul from Brenda & The Tabulations – a sweet set of Philly grooves, recorded at Sigma sound with help from Norman Harris, Bobby Eli, and John Davis! The album's every bit as groove-heavy as you'd expect from work by those dancefloor heavyweights – and the ... LP, Vinyl record album