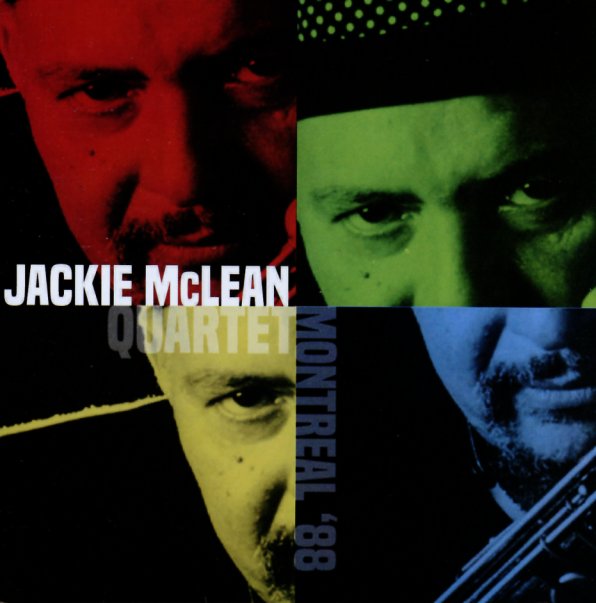 Fantastic live material from alto genius Jackie McLean – recorded at a time when his talents had fallen a bit from the spotlight, but his fire hadn't dimmed at all! The set's a searing one, right from the start – presented in a Canadian radio broadcast, with a bit of French language introduction – and a completely universal jazz performance, by a quartet that features Hotep Idris Galeta on piano, Nat Reeves on bass, and Tony Reedus on drums! McLean is completely on fire – playing with a deftness that even surpasses his early work on Prestige and Blue Note – on titles that include "Minor March", "J Mac's Dynasty", "Dance Little Mandissa", "Zimbabwe", and "A House Is Not A Home".  © 1996-2022, Dusty Groove, Inc.

Bluesnik
Blue Note (Japan), 1961. New Copy
CD...$13.99 (CD...$8.99)
A crackling date from Jackie McLean – a set that's much more hardbop than some of his other Blue Note work – filled with fire, far from the 50s – and really pointing the way towards his new directions to come! There's a hint of modernism in the mix, mostly on the tone from McLean' ... CD

Consequence
Blue Note (Japan), 1965. New Copy
CD...$13.99 14.99
A great slice from Jackie McLean's rare unissued 60s sessions for Blue Note – a rollingly soulful session that stands in stark contrast to some of his more modern sides of the time! The set's got Jackie working with a group that includes Lee Morgan on trumpet and Harold Mabern on piano ... CD