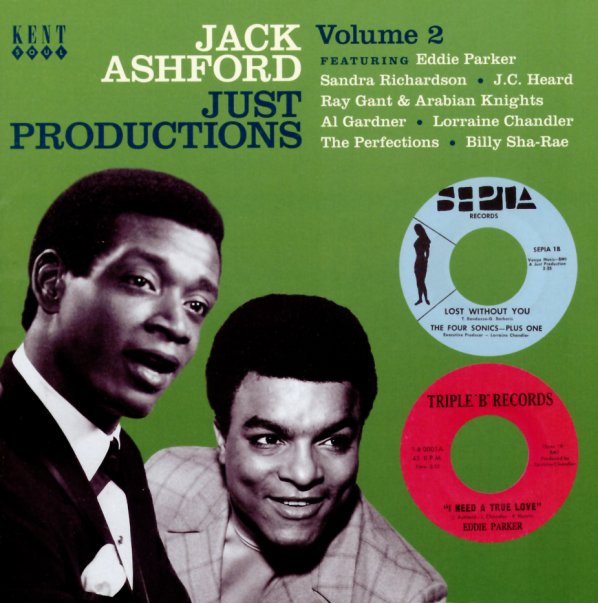 70s soul from a 60s Detroit legend – producer, arranger, instrumentalist Jack Ashford – the many who lent his talents to both the Motown and Pied Piper production teams, and who's still going strong with all the rare work in this package! After Motown shifted much of its work to California, Ashford and a few key talents were still turning out blockbuster soul in Detroit – as you'll hear in this wonderful assortment of very obscure recordings, which were either issued only on very limited 45s, or which appear here for the first time ever. Ashford's groove is a great update of earlier Motor City modes – with some echoes of the upbeat yet classy style he formed with Pied Piper, but also more 70s modes too – some warmer keyboards, sweetened strings, and maybe an even more sophisticated sense of rhythm that really keeps things interesting! As usual with Ace/Kent, even if you're a huge collector of rare soul, you'll find plenty to discover here – and if you're not, the whole thing's still pitched as a great introduction to this scene. Titles include "Don't Leave Me Baby" by Lorraine Chandler, "Crying Clown" by Eddie Parker, "I Can Fly" by The Magnificents, "After You Give Your All" by Sandra Richardson, "The Story Of My Life" by Billy Sha-Rae, "Let Me Take Care Of Your Heart" by Jack Ashford, "Alone Again" by Brenda Cook, "JC's Grit Gitter" by JC Heard, "Lay A Little Lovin On Me" by Don Gardner & Baby Washington, "Watch Yourself" by Al Gardner, "There Can Be A Better Way" by The Sound Of New Detroit, and "The First Depression" by Ray Gant & Arabian Knights.  © 1996-2022, Dusty Groove, Inc.