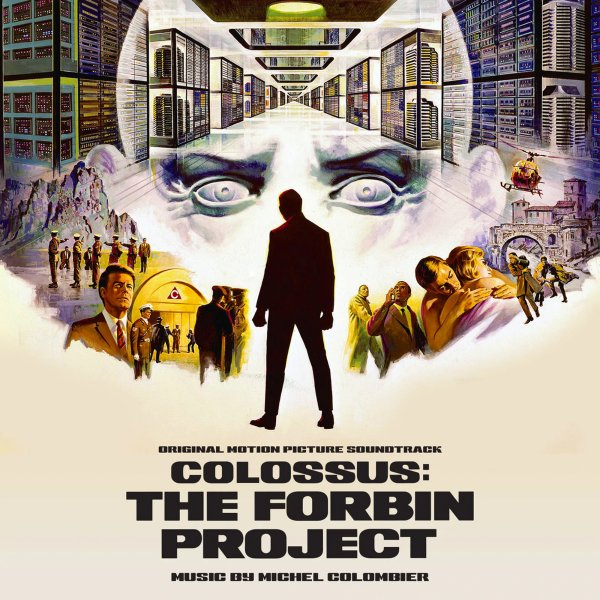 An obscure American film score from the great Michel Colombier – a talent we're used to hearing behind some of the grooviest French singers of the late 60s! Here, Colombier's in a very different vibe – crafting a superb soundtrack with full orchestrations recorded in Hollywood – music that's full of twists, turns, drama, and action – all penned for a well-done sci fi film that never fully got its due! There's some surprising elements in the mix – including saxes from Bud Shank and Anthony Ortega, guitar from Arthur Adams, bass from Carol Kaye, and even a bit of electronics from Paul Beaver – elements used sparingly amidst the larger orchestrations, but in some nice ways. The soundtrack was never issued on record at the time – and the well-done set features a huge amount of notes on the production – and titles that include "Nuclear Blackmail", "All Systems Go", "Dr Frankenstein", "World Control", "The Final Word", "Mistress Arrives", "Forbin's Hi Fi", and "Peeping Tom".  © 1996-2021, Dusty Groove, Inc.
(Limited edition pressing!)