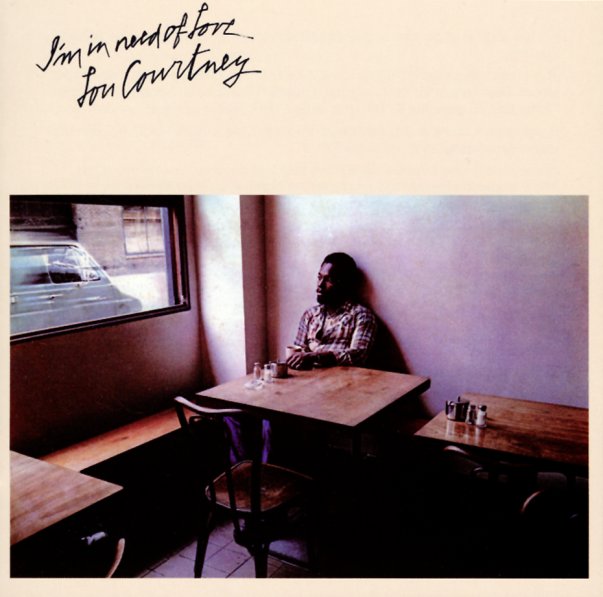 I'm In Need Of Love

A wonderful album of mellow soul tracks! The record is Lou Courtney's masterpiece – and it's a jam-packed set filled with great tracks that rank right up there with classic 70s work by artists like Marvin Gaye, Leroy Hutson, or Leon Ware! Leon Pendarvis handled most of the arrangements – and the record's got a wonderfully full soul sound – with a mix of moody keyboard-driven groovers and ballads – all topped by excellent vocals from Lou, miles ahead of any work he did in the early days! The best thing, though, is the songwriting, as these tracks rank right up there with the best underground mellow soul we can think of – sophisticated yet not soppy, filled with soulful lyrics about love and losing it, never giving into cliches of other soul from the time. A real dream of an album – and filled with great tracks like "I Will If You Will", "I'm In Need Of Love", "Just To Let Him Break Your Heart", "Somebody New Is Loving On You", and "The Common Broken Heart".  © 1996-2023, Dusty Groove, Inc.

It's My Thing (expanded edition)
King/Soul Brother/Passion (UK), Late 60s. New Copy 2LP (reissue)
LP...$26.99 36.99
A wonderfully expanded version of this classic of funky funky female soul! Marva Whitney was one of the greatest singers in the James Brown stable of stars during the late 60s – and she sang with a hard raw style worth of The Godfather himself! Brother James produced and wrote a good part ... LP, Vinyl record album

Thriller
Epic, 1982. New Copy Gatefold (reissue)
LP...$22.99 23.98 (LP...$9.99, CD...$6.99)
Arguably the last true moment of genius in Michael Jackson's career – a record that sold a bazillion copies around the world – and for plenty good reason! Michael's still working here with Quincy Jones – in territory that steps nicely from the Off The Wall groove, into territory ... LP, Vinyl record album