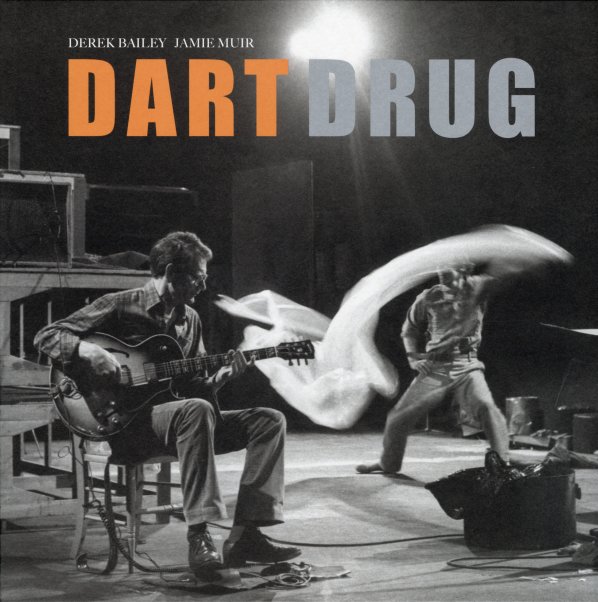 One of the most obscure Derek Bailey albums from his initial early run on Incus Records – a set of duets with percussionist Jamie Muir – and a session that almost seems to unlock more percussive possibilities than usual in Bailey's style on the guitar! If the image on the cover is anything to go by, Muir must be quite dynamic in performance – although he's also one of those percussionists who's nicely on the more sensitive side of his instruments – which means that things are never too bombastic, but almost have that explosive sense of tone that Bailey can sometimes bring to his guitar. Titles include the side-long title improvisation – "Dart Drug" – plus "Carminative", "Ja Ja", and "I Soon Learned To Know This Flower Better".  © 1996-2021, Dusty Groove, Inc.