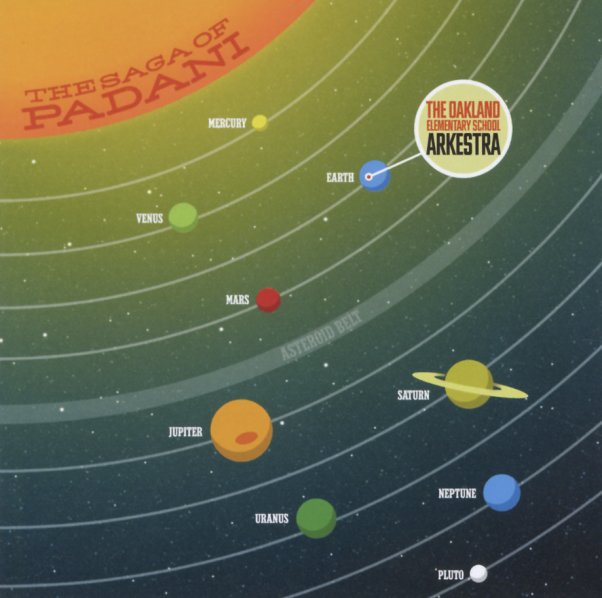 One of the coolest records of school kid music you could ever hope to own – and not just because avant legends Terry Riley, Fred Frith, and Marshall Allen each make an appearance on the project! In fact, even without those big names, the music here would still be tremendous – as it stems from a unique project in the Oakland public school system – one that introduces young grade school children to music, even if they've never performed together – combining all their efforts into a large ensemble with some really tremendous results! The lineup shifts from track to track, but there's a really unified vibe here – as reed, string, and percussion players are all finding a space to come together – often with phrasing and rhythms that are primitive, but with very modern edges – maybe like some of the larger projects by Moondog. Some of the kids are really impressive on their solos, and the overall ensemble sound is wonderful – maybe earthier than even some of the early Arkestra recordings on Saturn. This release brings together music from obscure CD and cassette releases in the 90s – with over 30 tracks in all, including "Bambi Meets Godzilla", "Waves", "Help I'm Drowning In A Sea Of Harmony", "Fireclouds", "Crazy Strings", "Excuse Me Ms Steigerwald", "Double Bock Double Rock", and a version of the Sun Ra tune "Planet Earth".  © 1996-2021, Dusty Groove, Inc.
(On colored vinyl!)