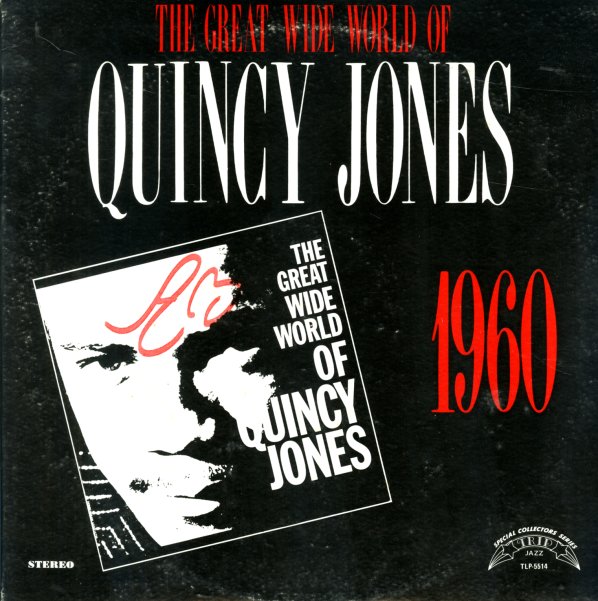 Quincy's world is great and wide indeed – and even at this early point in his career, he was displaying a wonderful talent for bringing in bits from all sources! The album's essentially a straight jazz set, but it's got some great exotic touches that are in keeping with the "world" theme and the globe-trotting titles on the set. The group's excellent too – with players that include Sahib Shihab, Budd Johnson, Les Spann, Lee Morgan, and Phil Woods – all working through hip arrangements by Al Cohn, Bill Potts, and Ernie Wilkins. Titles include "Ghana", "Air Mail Special", "Chant Of The Weed", "Eesom", and "I Never Has Seen Snow".  © 1996-2022, Dusty Groove, Inc.
(70s mono pressing. Cover has a cutout hole, ring and edge wear, and lightly bent corners.)

Golden Boy
Mercury, 1964. Very Good
LP...$4.99 6.99
A sweet bridge between Quincy's big band recordings and his groovier soundtrack work of the mid 60s – as the record combines straight jazzy grooving with some of the cooler elements of Quincy's soundtrack scores, like stepping strings, wordless voices, and a breathy mellow groove that floats ... LP, Vinyl record album