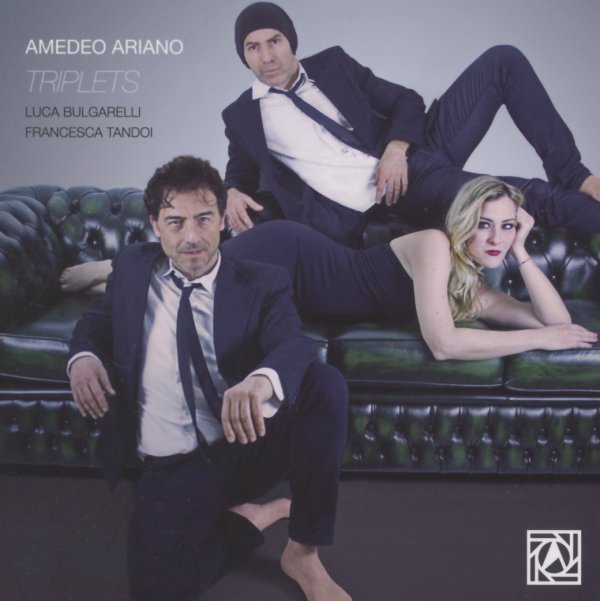 A really crackling little album from this Italian trio – a group led by drummer Amedeo Ariano, which maybe gives them a slightly different approach to the music than the usual piano trio! Pianist Francesca Tandoi is very much on top of things – grabbing notes in bold handfuls, and using them to sculpt a surprisingly soulful sound for the set – but many of the tunes are also very strongly driven by the rhythm duo, with Ariano on drums and Luca Bulgarelli on bass – the latter of whom we might be discovering here for the first time, but have become instant fans – thanks to the richness of his sound! The tunes are all familiar, but they're exploded nicely – in that way that only the best trios can do, like the Oscar Peterson combo of the 60s with Ray Brown on bass. There's a female singer in a few spots – we assume it's Tandoi – but most of the focus is instrumental. Tracks include "I Didn't Know What Time It Was", "FSR", "The Sheik Of Araby", "You Don't Know Me", "BulgArianTandoj", and "When Sunny Gets Blue".  © 1996-2021, Dusty Groove, Inc.

Snooze (with bonus track)
Choice/Ultra Vybe (Japan), 1975. New Copy
CD...$13.99
Dreamy open-ended tracks from pianist Joanne Brackeen – with a spiritual sound that almost reminds us of Alice Coltrane's best work on Impulse – and which represents a very different side of Brackeen's music than her better-known work with Stan Getz during the same time! Of course, the ... CD