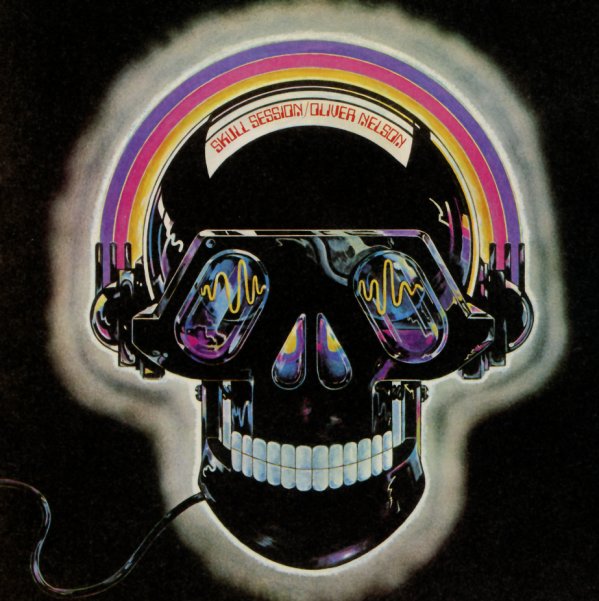 A fantastic transformation of the Oliver Nelson sound of the 60s – a large ensemble record that takes all the soul of his earlier groove, and reworks it with a more electric vibe for the 70s! Nelson's at the height of his powers here – working brilliantly as a leader and arranger, to open the door for strong sounds from younger players like Mike Wofford and Lonnie Liston Smith on keyboards, and the great Dennis Budimir on guitar! The record's unlike most of what you'll hear on Nelson's other albums – even his other Flying Dutchman work of the time – as it's got loads of wonderful keyboard moments, and even some moog and Arp as well. Titles include "Skull Session", "125th And 7th Ave", "Flight For Freedom", "Baja Bossa", and "Dumpy Mama".  © 1996-2021, Dusty Groove, Inc.
(Still sealed, includes obi.)