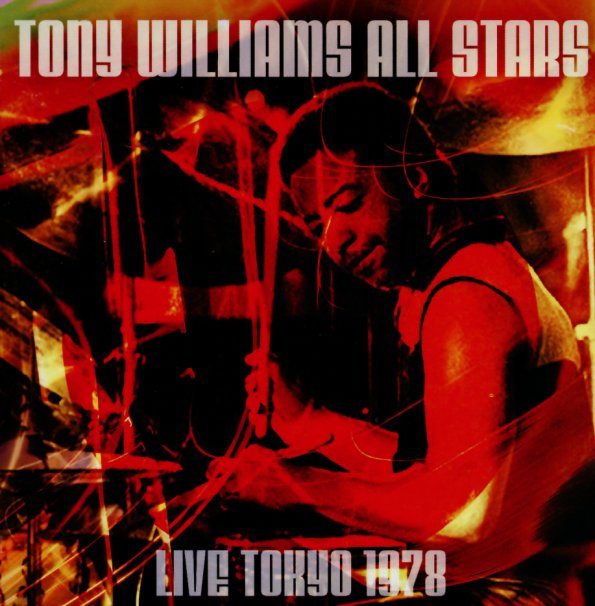 Fully-electrified work from legendary drummer Tony Williams – every bit as searing as you might expect, given that the date features Brian Auger on keyboards and Ronnie Montrose on guitar! The rockish leanings of both of those musicians get plenty of space here, as does the basswork of Mario Cipollina – and the tunes are in the best rock fusion territory of some of Williams' famous studio albums from a few years before – but also maybe have a more spacious quality here in a live setting! The recording quality is strong – the program was originally produced for Japan's NHK Radio – and titles include "There Comes A Time", "Red Alert", "Dragon Song", "Open Fire", "Heads Up", "Tropic Of Capricorn", "Rocky Road", and even a drum solo from Tony!  © 1996-2023, Dusty Groove, Inc.