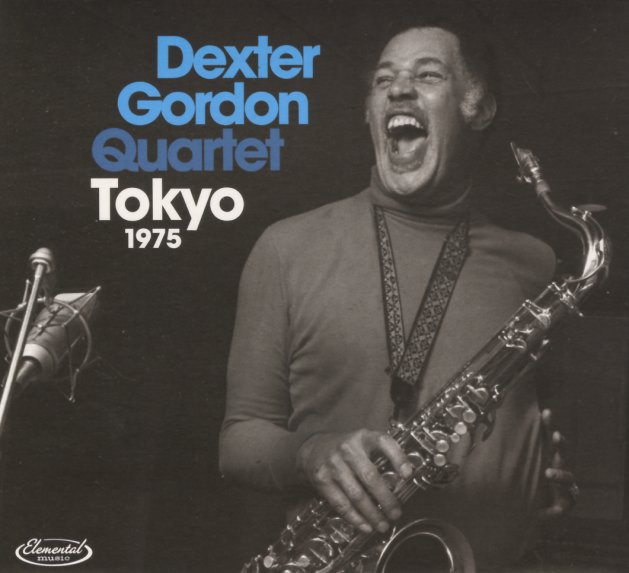 Dexter Gordon in Tokyo, but working strongly with a lineup that helped him make some of his best 70s recordings in Europe – that wonderful quartet with Kenny Drew on piano, Niels Henning Orsted Pedersen on bass, and Albert Tootie Heath on drums! The format is familiar, and Dex is right on the money – spinning out those wonderfully strong, richly imaginative solos that make his Copenhagen material so strong over the years – that special Gordon way of taking a familiar tune, and opening it up completely in the space of his extended solo! Titles include Gordon's classic "Fried Bananas" – plus "Misty", "Days Of Wine & Roses", and "Jelly Jelly Jelly".  © 1996-2021, Dusty Groove, Inc.
(Limited edition!)