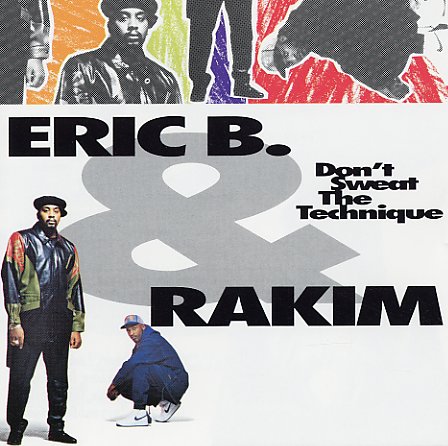 The fourth and final Eric B & Rakim LP from their classic mid 80s to early 90s run – with some of Rakim's finest rhymes and most devasting delivery to date, and some of Eric B's best production, too! The title track, if course, is a monster – with Rakim's precise rhymes, the furious funky beat, massive soul jazz bass and horn bit culled from Young-Holt Unlimited and Kool & The Gang samples, it'll be a stunner til the end of time – but the record as a whole deserves an eternal shelf life. The end of an incredible era in hip hop. "What's On Your Mind", "Teach The Children", "Pass The Hand Grenade", "Casualties Of War", "Rest Assured", "The Punisher", "Relax With Pep", "Keep The Beat", "What's Going On" and "Kick Along".  © 1996-2021, Dusty Groove, Inc.
(2LP pressing for better sound!)