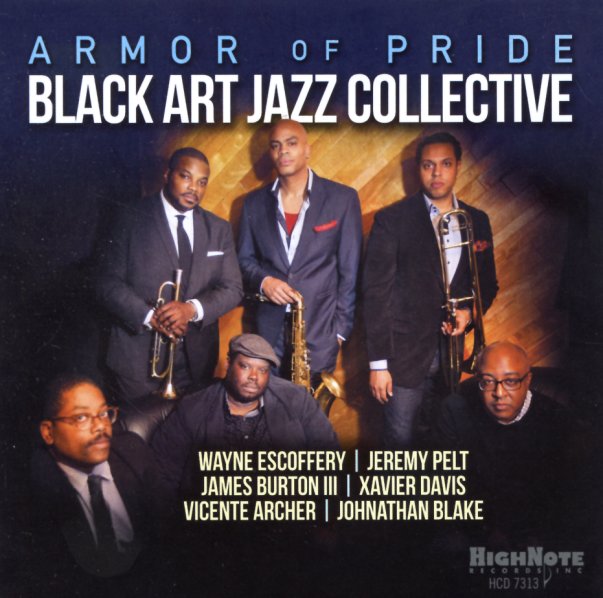 A set that's bursting with every bit as much of the fantastic energy you might expect from the lineup – a bold sextet that features Wayne Escoffery on tenor, Jeremy Pelt on trumpet, James Burton III on trombone, Xavier Davis on piano, Vicente Archer on piano, and Johnathan Blake on drums – all coming together here in a righteous message that's even stronger than the sum of its parts! All titles are originals, and have this progressive, soaring vibe – spiritual, but not in a mellow way – and instead very much up to date in terms of contemporary jazz expression, thanks to the individual strengths of the soloists – who feel completely unified throughout. Titles include "Armor Of Pride", "When Will We Learn", "Black Art", "Pretty", "The Spin Doctor", and "Awuraa Amma".  © 1996-2021, Dusty Groove, Inc.