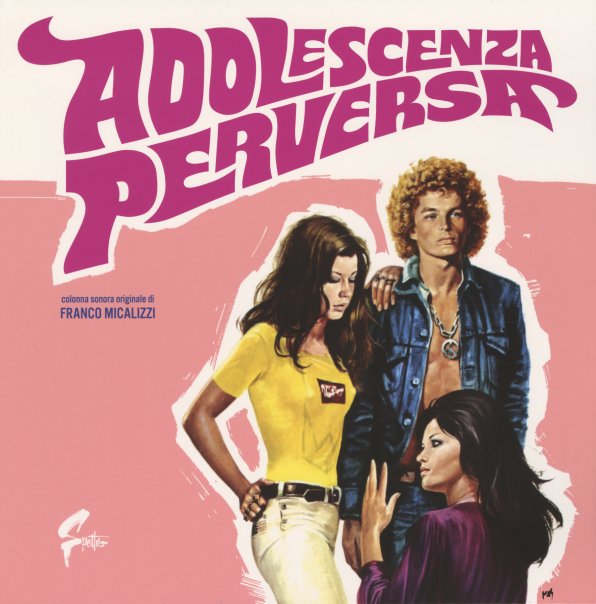 The world premiere of this sweet 70s soundtrack from Franco Micalizzi – a great batch of erotic-tinged tunes originally penned for an Italian film about teenage lust! The music has a warmly gentle quality that's similar to some of Ennio Morricone's work in this mode – tunes that alternate between soft strings, stepping instrumentation, and even bits of vocals from the lovely Edda Dell'Orso, sounding a bit sweeter here than on some of her spookier soundtracks! The tunes float very nicely in the breeze – sometimes hanging bit a single piano note or two – sometimes getting a bit more drive from rhythms that verge on funky, but hang back just a bit. And as with any of the great Morricone scores from the time, there's a few key variations on the themes that spin out beautifully as the set rolls on – creating a great sense of sonic interplay!  © 1996-2021, Dusty Groove, Inc.
(Hand-numbered limited edition of 500!)