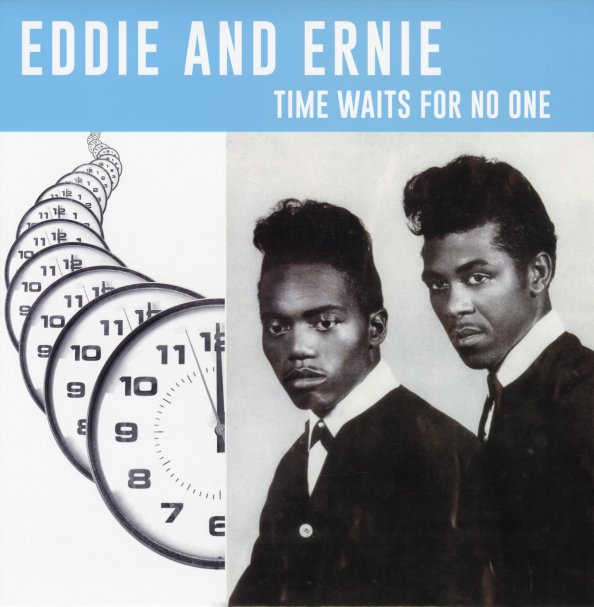 Time Waits For No One

A deep soul treasure! You've probably never heard of the team of Eddie & Ernie, but they've risen to fame over the years with collectors of rare 60s soul – and have recently been immortalized on volumes of Dave Godin's Deep Soul Treasures, one of the most important soul compilation series to come out in the past few decades! In fact, Eddie & Ernie were so "lost" for years, this album marks their first-ever full length set on vinyl – long overdue, given that they were recording in the 60s and early 70s – both as Eddie and Ernie, and under the names Phoenix Express, The New Bloods, and Little Worley & The Drops. The duo have a brilliant blend of deep and sweet soul that makes us wonder why these guys were never bigger than they were – and think of the set as the same as finding a stash of some of the best 60s soul singles you could hope to hear. Titles include "Bullets Don't Have Eyes", "Lost Friends", "I'm A Young Man", "I'm Going For Myself", "Watch Your Step", "Self Service", "Falling Tears", "That's The Way It Is", "Time Waits For No One", and "Why Do You Treat Me Like You Do".  © 1996-2022, Dusty Groove, Inc.