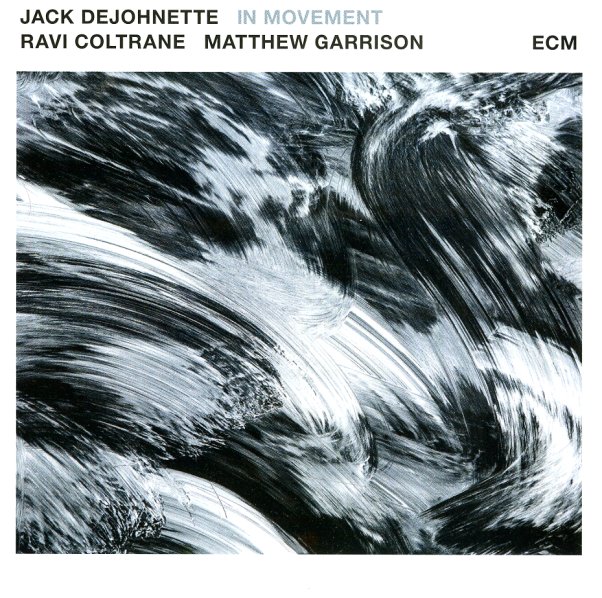 A record of darkly brooding sounds from drummer Jack DeJohnette – a trio date, but one that's way more than any trio session you might expect – and definitely part of the great legacy of creative sounds that Jack has given us over the years! The lineup features Matthew Garrison on bass and electronics, and Ravi Coltrane on tenor, soprano, and sopranino sax – working together in textures of sounds that really benefit from DeJohnette's open conception of rhythm, as the group creates lots of textures and tones. Coltrane's sound grounds the whole thing with some soulful currents – and titles include a take on John Coltrane's "Alabama", which nicely sets up the excellent originals "In Movement" and "Two Jimmys" – the former a great showcase for Ravi's solos and the latter doing the same trick for Garrison's sly, almost sinister bass groove. Other titles include a shadowy take on Earth Wind & Fire's "Serpentine Fire", plus "Blue In Green", "Lydia", "Rashied", and "Soulful Ballad".  © 1996-2021, Dusty Groove, Inc.

My Song
ECM, 1978. Used
CD...$9.99
With Palle Danielsson on bass, Jon Christensen on drums, and Jan Garbarek on tenor and soprano sax. CD

Volver
ECM, 1988. Used
CD...$18.99
The lofty trumpet of Enrico Rava is a perfect match for Dino Saluzzi's wonderfully airy performances on bandoneon – and this record is one of the lost gems of late 80s ECM. The sound definitely has that "bordering on wallpaper" feel fo a lot of the ECM work from the time, but ... CD

You Never Know
ECM, 1993. Used
CD...$11.99
Features Peter Erskine on drums – in a trio with John Taylor on piano and Palle Danielsson on bass! CD

Standards In Norway
ECM, 1989. Used
CD...$8.99
Keith Jarrett on piano, Gary Peacock on bass, and Jack DeJohnette on drums. Tracks include "All Of You", "Just In Time", "Love Is A Many Splendored Thing", "Dedicated To You", and "I Hear A Rhapsody". CD