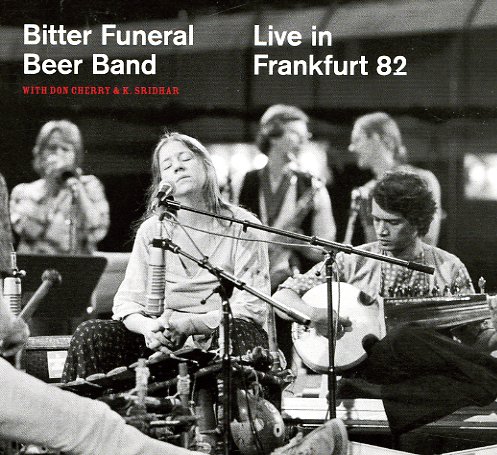 Don Cherry made some of his most globally-conscious music in the northern reaches of the European scene – and this set is no exception, as the legendary trumpeter works on this great live set in Frankfurt, Germany – with instrumentation that includes a very freewheeling blend of percussion, stringed instruments, and reeds! Unlike some of Cherry's 70s recordings, which incorporate instruments with African and Eastern origins, this set relies heavily on more familiar tenor, alto, trumpet, cello, bass, violin, and guitar – but all used in these very openly-flowing ways that seem to embrace the whole globe at once! The sarod of K Sridhar is the only non-Western instrument in the mix – and is only used on two of the album's tracks – while Cherry blows pocket trumpet throughout – coming together with an especially great ensemble on the extended "Funeral Dance" at the end of the performance. Other titles include "Chetu", "Darafo", and "Bitter Funeral Beer".  © 1996-2021, Dusty Groove, Inc.